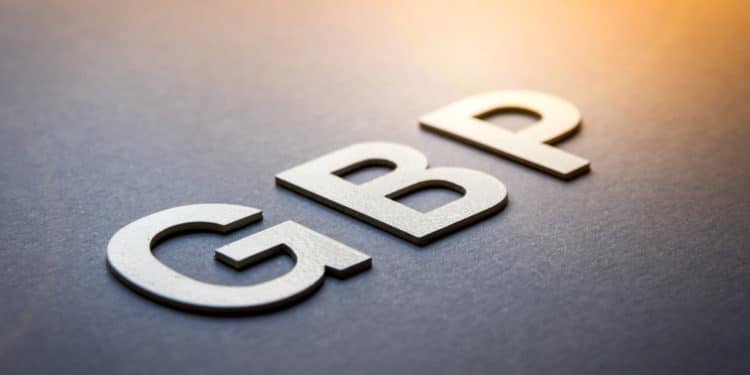 What are the four most impactful fundamental indicators for the GBP currency? While there are many economic data releases for the pound, only a few truly have the potential to affect the currency. One of the keys to simplifying fundamental analysis is looking at the most important factors that have historically had a bearing on price movements for GBP.

The fundamentals of the British pound

The quid’s popularity and significance are well-known, judging by the United Kingdom’s consistent ranking in at least the top 10 best-performing economies globally, easily doing a few trillions yearly in GDP.

After the US dollar, euro, and Japanese yen, the pound sterling is the fourth-most traded currency in forex. Needless to say, whether one is a British resident or not, GBP is a fan favorite.

Much of what pumps the UK’s economy is a booming service (sectors like entertainment, retail, finance, food and beverage, business) and tourism industry.

Furthermore, London is one of the largest forex hubs. These reasons only scratch the surface of why the pound is one of the most keenly speculated currencies. Many GBP pairs like GBP/USD, EUR/GBP, GBP/NZD, etc., are some of the most liquid and far-reaching markets, which is one of the main reasons traders love them.

For those conducting fundamental analysis of this currency, they will look at specific indicators primarily relating to inflation, monetary policy, sentiment, and economic growth. Below, one will find all the four most significant news releases pertinent to GBP (with a brief breakdown of what each indicator means and when they’re released).

The most impactful GBP economic indicators

It’s crucial to note that although many will agree the data below is considered the most anticipated and significant, its impact is rarely even noticeable in the short term. Observing any changes once the news is out better prepares the fundamentalist for any potential shifts in sentiment.

Like any currency, a country’s interest rate is one of the primary drivers of the British pound valuation. The pound is no exception.

The consensus is a higher interest rate typically means more foreign investment, which has a ripple effect on growing everything else in the country; the opposite is true.

Thus, if the rate remains the same as the previous figure or is higher, this is taken as a bullish sign, while a lower or lower than expected number suggests bearishness. The Bank of England is responsible for deciding the interest rate as part of its broader monetary policies.

This event’s announcement usually occurs eight times a year (it alternates between a predetermined Thursday on the first and third week of a month). The time of the release normally occurs at either 02:00, 03:00, 07:00, or 08:00 p.m. EST.

The GDP is yet another commonly-used indicator of economic health and activity for any nation. In simple terms, the GDP refers to the total monetary output of all goods and services produced in a country, typically within a quarter or annual basis.

Much like a traditional business, the more a country produces, the more money it makes. Like nearly all of the eight major currencies, there is always a preliminary report preceding the final one, which is available quarterly courtesy of the Office for National Statistics.

This index is one of the best methods for gauging shifts in inflation. The CPI measures the variances in the price of products and services from a consumer’s perspective on a monthly basis.

Unlike other countries, there is no preliminary report for the CPI with the United Kingdom. The release for the index, compiled by the Monetary Policy Committee, typically occurs on the third Wednesday of every month at 02:00 or 03:00 p.m. EST.

There are some similarities between Retail Sales and CPI in that both are the primary gaugers of consumer spending. However, the former looks at the differences in the entire value of inflation-adjusted sales made by the whole retail sector in a country.

Overall, consumer spending contributes a large portion of all economic activity. Put simply, when there are more sales within a set period, it suggests consumers have more money to spend. The currency is used more frequently, meaning demand for it increases as a consequence.

Of course, when sales decline, the opposite prevails. The data announcement for retail sales (also from the Office for National Statistics) happens on the third or fourth Friday every month at 18:00 or 19:00 p.m. EST.

One major factor traders will now look at regarding GBP is the recent withdrawal of the UK from the European Union. We can expect the fundamental outlook to veer differently for the pound than it has done previously.

Nonetheless, fundamental analysis is tricky because the impact for any of the above data doesn’t apply immediately to currency fluctuations. It usually takes a while for the market to process any changes, further affirming why this approach is for long-term traders or investors.

As with any analysis form, there is usually never one single element responsible for all of the movements for GBP. Through a process of elimination, we attempt to figure out what could have the largest influence on the pound, which is the main point of this article.

The 4 Most Impactful JPY Economic Indicators for Forex Fundamental Analysis