USD/CAD Outlook Ahead of Canada Inflation and Fed Decision 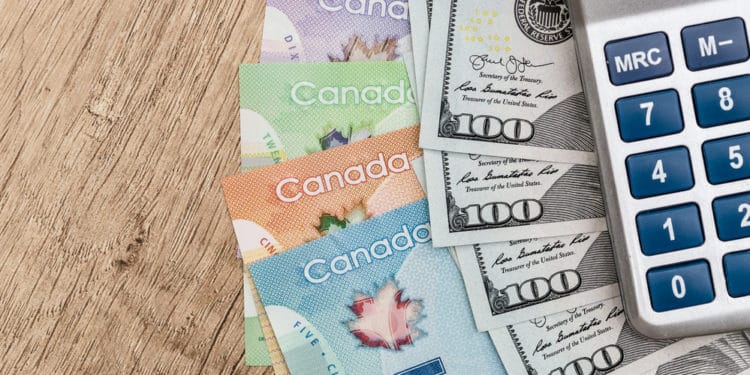 The USD/CAD has risen to the highest level in a month as investors reflect on the recent Bank of Canada (BOC) decision, oil prices, and the upcoming statement by the Federal Reserve. The pair is trading at 1.2180, which is about 1.5% above this year’s low.

The Canadian economy has staged an impressive recovery, helped by the higher crude oil prices and the massive stimulus package implemented by the US government. In the first quarter, the US launched two stimulus packages worth more than $2.8 trillion. This was beneficial to Canada since it is one of the biggest trading partners of the US.

The strong recovery has pushed the Bank of Canada to start tightening its monetary policy. In its May interest rate decision, the bank left interest rates and quantitative easing policies unchanged. This is after it started to scale down its asset purchases in the previous meeting.

On Wednesday, the USD/CAD pair will react to the latest Canadian consumer price index (CPI) data. Economists expect the data to show that the headline CPI rose from 3.4% to 3.5% in May. They also see the core CPI rising from 2.3% to 2.4%, which is above the BOC’s target of 2.0%. As such, there is a possibility that the BOC will maintain its hawkish stance in the upcoming meetings.

Meanwhile, the price of crude oil has kept rising. This week, Brent rose to $73, while West Texas Intermediate (WTI) crossed the $71 milestone. These are the highest level oil prices have been in the past few years. Oil prices are usually positive for the Canadian dollar as Canada is the fourth-biggest exporter in the world.

Looking ahead, the biggest catalyst for the USD/CAD pair will be the upcoming Federal Reserve decision. The decision comes at a time when data from the United States is sending mixed signals. For example, while the unemployment rate has dropped to a post-pandemic low of 5.8%, the total number of jobs added has been disappointing in the past two straight months.

And on Tuesday, data showed that retail sales in the US started to decline in May. This is probably because of the fading impact of the stimulus package passed in March. Further, consumer and producer price indexes have kept rising and are comfortably above the Fed’s target of 2.0%.

Therefore, this Fed decision will be important for the USD/CAD and all pairs with the US dollar. If the Fed maintains its transitory explanation, we could see the USD/CAD retreat. This is because the divergence between the BOC and Fed will widen.

On the other hand, if the Fed turns hawkish, there is a possibility that the pair will keep rising. While it is too early to tell, the bond market points to a status quo, as the yield of the 10-year has dropped to 1.42%.

The four-hour chart shows that the USD/CAD pair has made some modest gains in the past few weeks. That has seen it move above the 23.6% Fibonacci retracement level. The pair’s growth is also supported by the 25-day and 50-day Moving Average, while the Relative Strength Index (RSI) kept rising.

The pair also seems to be forming a rounded bottom pattern that is usually a bullish signal. Therefore, the pair will likely keep rising as bulls target the next key resistance level at 1.2330, which is around the 50% retracement level.