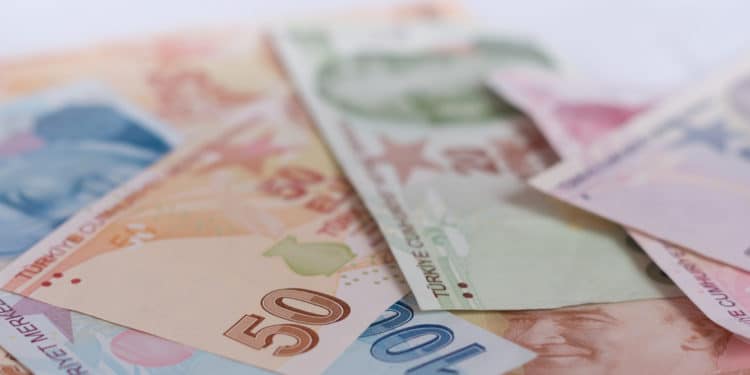 The USD/TRY traded +2.20% in the week ending May 28, 2021, posting the highest positive move among forex pairs. US crude oil inventories fell by -1.662 million barrels on May 26, 2021, down from -0.426 million in the previous reading. Stocks of distillates by the weekly EIA records also declined to -3.013 million from -1.734 million, indicating increased movement as the US continues to intensify travel ahead of full reopening. Gasoline inventories also inched lower, decreasing by -1.745 million barrels compared with the previous low of -1.963 million, still a long way below the estimates of -0.614 million barrels.

Estimates of Q1 2021 indicate that the Turkish economy grew by 7% despite market volatility and new COVID-19 variants in Europe and India. The economy primarily built on government spending, primary consumption, and loan acquisitions made a remarkable jump into 2021 after rising 1.8% in the pandemic year of 2020.

Turkey may have outperformed major G20 economies with the exclusion of China with its 7% GDP rise; however, its government support model is facing stability concerns. The government’s move to boost lending while maintaining interest rates is driving the economy lower as Q2 2021 comes to an end.

Additionally, after the lira took a nosedive in March 2021 following the firing of Naci Agbal, the hawkish Central Bank governor, it again declined after more executives were replaced in the bank on May 27, 2021.  The USD/TRY trading pair closed at 8.5484 on May 28, 2021. The lira had lost 18.41% against the dollar since March 20, 2021. The clear-out is sending a message that Turkey will maintain interest rates at 19% into June 2021.

April 2021 saw the core personal consumption expenditure (PCE) index surged 3.1% year-on-year as the monthly average hit a high of 0.7%. Personal income for April 2021 (month-on-month) increased by -13.1% after a previous decline of 20.9%, as personal spending in the same period dropped 0.5%. Decreased spending shows that Biden’s stimulus effect may have waned off, helping to slow down inflation concerns.  However, a new proposal could awaken new inflation fears into Q3 2021.

The $6 trillion budget proposed by President Biden upon approval by Congress would be set off in 2022 and rise to $8.2 trillion in 2031. The debt against the GDP will also rise, drawing concerns about the sustainability of the dollar against major currencies. However, with a huge chunk of the budget ($1.7 trillion) slated for infrastructural development, congress will be attracted to approve it.

Additionally, $1.8 trillion has also been proposed to fund state education and help in offering social services. In this move, Biden’s bottom-up and middle-out approach is likely to take shape.

The USD/TRY trading chart shows that a reverse head and shoulders pattern touched the dip at 6.96012, indicating a price surge. The upward breakout was confirmed at 7.77874, with the support line at 8.0041. The chart shows that the pair is headed towards 8.6250 as the key trading level.