USDCAD Forecast as Focus Shifts to US Inflation Data 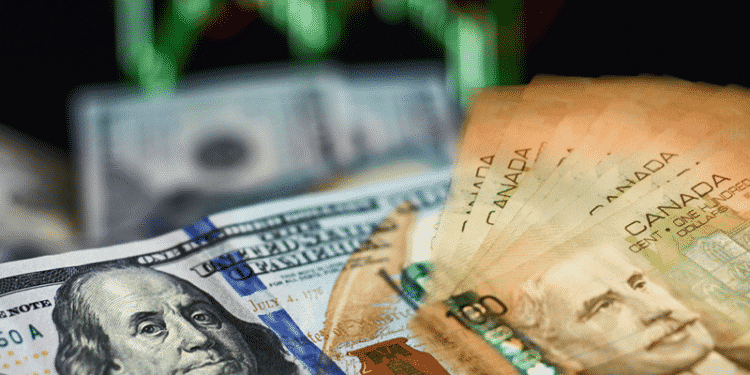 The USDCAD price retreated on Monday morning as investors reflected on the latest jobs numbers from Canada and the United States. It is trading at 1.2645, which is about 2.52% below the highest level in December.

The Canadian economy is doing relatively well. On Friday, data by Canada Statistics showed that the economy added over 54k jobs in December, which was double the median estimates. The increase was lower than the October additions, with more than 153k.

The participation rate remained intact at 65.3%, while the unemployment rate declined from 6.0% in November to 5.9% in December. The unemployment rate had dropped consistently since June 2020, when it peaked at about 13.7%. Therefore, if the trend goes on like this, the rate will drop to the pre-pandemic low of 5.6% in the next few months.

On the negative side, additional data by the Ivey Institute showed that the Canadian economy was affected by the rising number of Omicron cases. The PMI declined from 61.2 in November to 45.0 in December. A PMI reading of 50 and below is a sign that an industry is contracting.

The USDCAD pair also declined after last week’s OPEC+ meeting. The cartel decided to stick to the original plan in February. This means that they will add about 400k barrels of oil per day in February. As a result, the price of crude oil has held steady, which is a positive thing for Canada because of the volume of oil it exports.

The USDCAD pair declined after the US non-farm payrolls (NFP) data. The numbers revealed that the American economy added just 199k jobs in December after it added 249k jobs in the previous month. The private sector added 211k jobs, while the government lost about 12k jobs during the month. The official NFP data were lower than the median estimate of 422k.

While the headline figure was disappointing, there were some positives in the job report. The unemployment rate moved below 4% for the first time since the pandemic started. It fell to 3.9%, which was better than the estimated 4.1%.

Focus now shifts to the upcoming American inflation data that will come out on Tuesday. Analysts expect the data to show that the headline inflation rose to 7% in December as the supply chain challenges continued. The core CPI, which excludes volatile food and energy products, is expected to have risen to 4.7%.

The daily chart shows that the USDCAD found strong resistance at 1.2936 in December. A double-top pattern is usually a bearish sign. And recently, the pair has moved below this resistance level. It has also declined below the 25-day Moving Average, while the Relative Strength Index (RSI) has moved close to the oversold level (see the image below).

Therefore, the pair will likely keep falling as bears target the key support at 1.2500. This view will be invalidated if the price manages to move above the double-top zone of 1.2815.