USDCAD Price Forecast Ahead of Canada and US Jobs Data 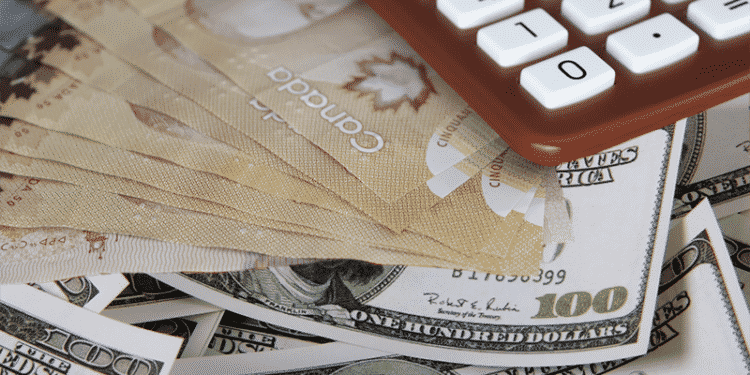 The USDCAD pair rose for the second straight day on Thursday morning as investors reflected on the latest Federal Reserve minutes. Investors are also waiting for the latest US and Canadian jobs numbers scheduled for Friday. It is trading at 1.2780, which is a few points above the lowest level this week.

In December, the Federal Open Market Committee (FOMC) decided to abandon its previous guidance that the current inflation surge was transitory.

The committee decided to accelerate their resolve to slow inflation in the meeting. It did that by increasing the size of the tapering from $15 billion to $30 billion. In January, February, and March, the bank will also slash these purchases by $30 billion each. As a result, the Fed will end these purchases in March.

On Wednesday this week, the bank published the minutes of that meeting. The minutes showed that most members believed that inflation was here to stay and that the Fed would need to increase its resolve for fighting it. These actions will include implementing higher interest rates at a faster pace than expected.

By hiking rates, the Fed will be doing what the Bank of Canada (BOC) started doing a few months ago by hiking rates. The bank was among the first ones to begin tapering its asset purchases in 2020. It ended these purchases last year and then started hiking rates. Its goal was to slow inflation even as the number of Covid-19 cases jumped.

US and Canada jobs data

The USDCAD pair rose for two straight days as investors reflected on the recent OPEC+ meeting. In it, the members decided to continue with a gradual pace of more supplies. In February, they will add about 400k barrels per day to supplies.

The price of crude oil has held steady after the meeting ended. The Canadian dollar tends to be sensitive to the performance of crude oil because of the volume of oil that Canada ships around the world. It is the fourth-biggest oil exporter.

Focus now shifts to the upcoming US and Canada jobs numbers. On Wednesday, data by ADP showed that the economy added over 800k jobs in December. That was about 300k more than what it added in the previous month.

Economists polled by Reuters expect the data to show that the economy added over 400k jobs in December while the unemployment rate fell to 4.1%. That will be the lowest rate since the pandemic started. Data published on Tuesday showed that the great resignation is continuing as over 4 million people quit in December.

The USDCAD will also react to the Canadian jobs data. Economists expect the data to show that the unemployment rate declined to 6.0% in December while the economy added 27.5k jobs.

The daily chart below shows that the USDCAD pair has been bullish in the past few months. It has risen by 6% from its lowest level in June last year. A closer look shows that it has found strong resistance at 1.2936.

It has also formed a double-top pattern and moved above the 25-day and 50-day Moving Averages. Therefore, the pair will likely resume the bearish trend as sellers target the key resistance level at 1.2400.