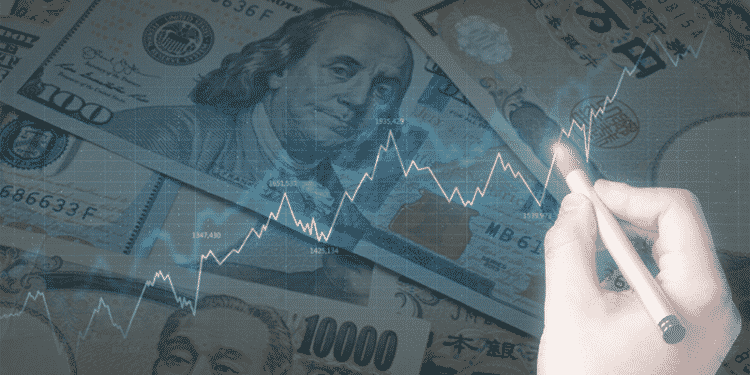 The US dollar strengthens against the Japanese yen on Tuesday, following a steep decline in the previous session, driven by investor demand for the safe-haven Japanese yen. At the time of writing, the pair was trading at a 24-hour high of 109.647, having gained 0.24%.  The US dollar index, which weighs the USD’s performance against six major currencies, was up by 0.09% to register 93.276 at 8.25 GMT.

This morning’s session began with a technical rebound in global equities markets, followed by a slight increase in the yield on 10-year Treasury notes. Investors remain wary despite the recovery, partly owing to fears of rising Covid-19 transmission in the Asia-Pacific area and overall uncertainty ahead of Tuesday’s commencement of the Federal Reserve meeting.

Yesterday’s drop in US Treasury bond yields is thought to have triggered an investor flight from the dollar. Nonetheless, with the market expecting a Fed Taper announcement on Wednesday, investors could rush back to buy the greenback, which could reverse Monday’s losses and propel it higher.

Elsewhere, investors are keenly monitoring the unfolding events around China’s Evergrande Group, which is expected to default in its loan repayment. This is likely to have a ripple effect in the equities market.

It is feared that Evergrande may cause a chain reaction in the market as the company attempts to raise funds to pay a slew of lenders, suppliers, and shareholders. The deadline for making an $83.5 million interest payment on one of the corporation’s debts is this Thursday, and the company has liabilities totaling $305 billion.

It appears that the market was anticipating some sort of announcement from the Chinese government over the weekend in order to restore peace. However, nothing substantial has emerged so far.

Investors are also looking forward to the Federal Reserve’s newest monetary policy decision, which is expected to be announced on Wednesday.  Expectations that the Federal Reserve will begin reducing its asset purchases sooner than previously anticipated may have already given the dollar a lift, according to market analysts.

On Wednesday, the Bank of Japan too will announce its monetary policy decision. The BoJ should stick to its dovish perspective of the Japanese economy, with consensus estimates projecting that the current interest rate of -0.1% will be retained.  With the BoJ and the Fed decisions hours apart, it is likely that traders will take a more cautious approach, which could lead to the JPYUSD pair trading sideways.

The USDJPY pair is currently confined to movement within the ascending channel due to a largely weakened momentum. The RSI is at 41, indicating that the trajectory could swing marginally towards either upward or downward direction.

If the bulls have their way, USDJPY could rise to find the first resistance at 109.646 and the second resistance at 109.936. Beyond that level, the market momentum could be strong enough to push the exchange rate to 110.197.

Conversely, if the pair’s market momentum weakens further, the bears could pull the price down to 109.374 for the first support and possibly to the second support at $109.122.