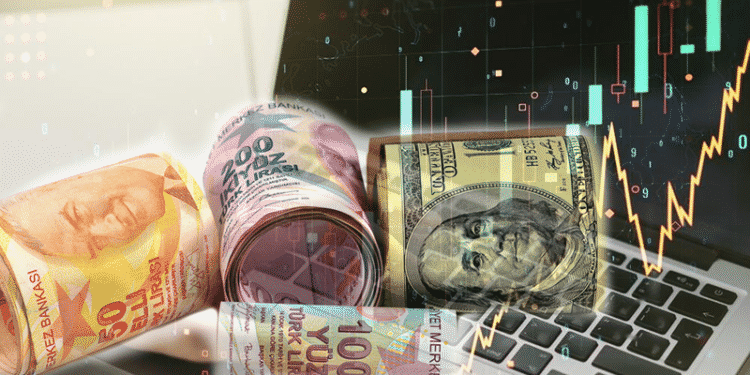 The USDTRY had a great year as the Turkish lira collapse accelerated. The pair started the year at around 7 and soared to an all-time high of 18.38. On Friday, it was trading at 13.25, which was about 28% above the lowest level last week.

CBRT and the Turkish central bank

The Central Bank of the Republic of Turkey (CBRT) embraced an unconventional monetary policy framework in 2021.

In the final half of the year, as inflation skyrocketed, the central bank decided to implement three rate cuts. The headline interest rates dropped by 600 basis points from 20% to 14%.

The interest rate cuts were controversial because of the state of the Turkish economy. The official inflation rate surged to above 20%. Unofficial figures placed the country’s inflation at about 58%.

The CBRT was an outlier in cutting rates. Across the world, we saw more central banks embracing a hawkish tone. In emerging markets like South Africa, Mexico, and Russia, the central banks delivered multiple hikes in 2021.

Similarly, in the developed world, central banks like the Bank of England (BOE), Reserve Bank of New Zealand (RBNZ), and the Bank of Canada (BOC) all hiked rates. Other banks like the Federal Reserve have also hinted that they will hike rates.

The USDTRY pair declined sharply recently after the Turkish government and the CBRT made new plans to cushion the drop of the Turkish lira.

In another controversial decision, the bank promised its citizens that it will compensate them for the weakness of the Turkish lira. This incentive program will only apply to individuals, meaning that more businesses will keep struggling.

It will only apply to individuals who have saved money for about 3 months. The idea is relatively simple. For example, if a person has 10,000 Turkish liras and the value drops by 10% against the US dollar, then the government will add 1,000 liras to their account. That was a controversial move because it is an effective backdoor rate hike.

In 2022, the USDTRY pair will react to the actions of the Federal Reserve and the Turkish election. The Fed has hinted that it will implement three rate hikes in 2022. In theory, these hikes should be bad for the Turkish lira because it means that the government will need to pay more in terms of interest.

Another thing that could drag the Turkish lira lower will be the upcoming general election. President Erdogan will face a united opposition, which could see him implement more expansionary policies. In most cases, the Turkish lira tends to decline when there is an election.

The USDTRY pair is trading at 13.28, which is slightly above last week’s low of 10.30. The pair has rebounded as investors assess the new backdoor rate hikes. It has crossed the 25-day and 50-day moving averages while the Relative Strength Index (RSI) has tilted higher. Other oscillators like the MACD and the Stochastic Oscillator have also pointed upwards.

Therefore, the USDTRY pair will likely keep rising in the coming months as investors target the 2021 high of 18.33. As long as the divergence between the CBRT and the Fed exists, there is a likelihood that the pair will keep rising.