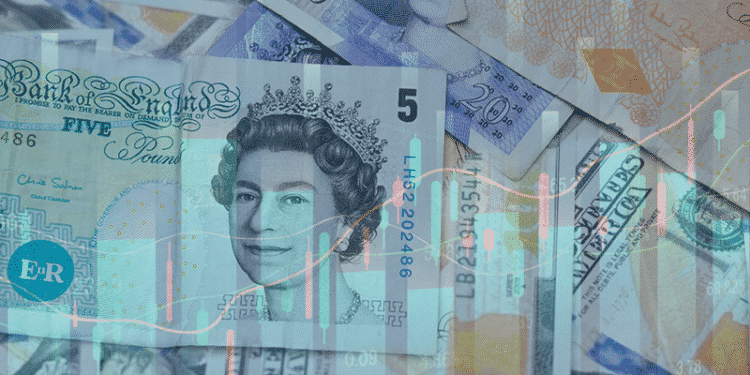 The GBPUSD pair has jumped in the past few weeks as investors hope that the UK economy will stage a quick recovery in 2022 even as the Covid-19 pandemic spreads. The pair is trading at 1.3507, which is about 2.65% above the lowest level in December.

Like other countries, the UK is struggling with the ongoing surge of Covid-19 cases. The country is recording over 135k new cases, while the seven-day moving average has been 192,000.

As a result, the country’s healthcare system has come under intense pressure in the past few weeks. However, analysts expect that the economy will have a quicker recovery this year because of the actions of the country’s government.

In December, the Boris Johnson administration introduced Plan B measures to curb the spread of the virus. These measures include social distancing and a recommendation that most people keep working from home.

However, while the Covid cases are rising, the government has been reluctant to impose another lockdown. This explains why the GBPUSD pair has been a bit strong in the past few weeks.

The GBPUSD pair also rose after the recent interest rate decision by the Bank of England (BOE). In December, the bank became the first central bank in the G7 to start hiking interest rates. It made a 25 basis hike while the governor hinted that more rates are coming.

The bank argued that the rising inflation posed more risks to the UK economy. Recent data showed that the country’s inflation jumped to about 5.1%, which is the highest it has been in decades.

And, despite the tightening, some analysts expect that inflation will soar to about 7% by April and then remain at elevated levels before starting to normalize. The ongoing Omicron variant is expected to accelerate inflation by causing supply chain disruptions.

Therefore, the views of the BOE are in sync of those of the Federal Reserve. In December, the bank hinted that its balance sheet expansion phase will end in March this year. Also, the bank said that it will start hiking interest rates in March.

There will be a number of catalysts for the GBPUSD pair this week. On Tuesday, the Bank of England (BOE) will publish the latest banking data like mortgage lending and approvals. Economists expect these numbers to show that mortgage and consumer credit jumped sharply in December.

The next key data to watch will be on American employment. On Wednesday, ADP will publish the latest private payrolls data. Analysts expect the data to show that the private sector added 413k jobs in December.

The ADP jobs data will come two days before the official jobs numbers that will come on Friday. These numbers are expected to reveal that the economy added about 400k jobs.

The other key catalyst for the GBPUSD pair will be the latest minutes by the Federal Reserve that will come out on Wednesday.

The four-hour chart shows that the GBPUSD pair rose to a high of 1.3551 last week, which was the highest level since November 10. The price was also slightly above the 50% Fibonacci retracement level.

Also, the pair has moved above the 25-day and 50-day moving averages while the MACD is moving sideways. The Relative Strength Index (RSI) has also moved slightly lower. Therefore, the pair will likely keep rising as bulls target the key resistance at 1.3577.