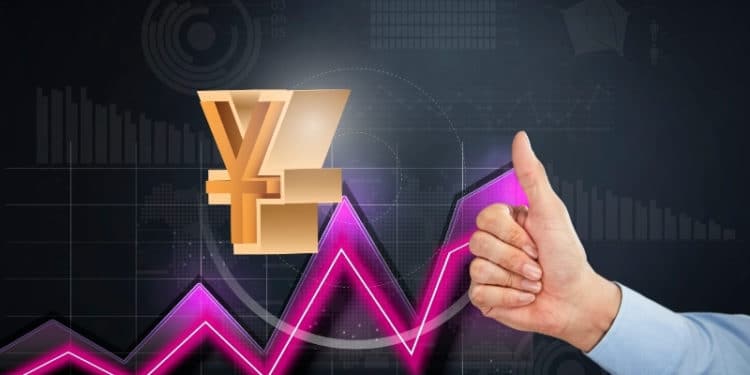 A robust export market is the catalysts behind China’s economic growth. While most people would have expected the Yuan to be at par with the dollar as a reserve currency, it remains a far fetched dream. Concerns of Chinese government interference and manipulation of the Yuan rate has always affected its sentiments in the currency market.

While the country’s central bank controls the Yuan supply, it is the government with the final say on the Yuan fluctuating rate. The Chinese government maintains tight control of the Yuan given that money supply affects price levels, crucial to supporting the export business.

Likewise, China’s policies geared towards controlling the Yuan differ greatly from those implemented by other central banks. The disparity stems from the fact that the communist nation deploys a unique economic system, highly dependent on exports.

Regardless of what happens, the communist government and the central bank strive to ensure that the country always runs on trade surplus when it comes to international trade. Likewise, at any given time, the country’s exports must exceed imports to protect the economy. The same goal is achieved by devaluing the Yuan against other currencies to make exports cheaper.

Chinese regulators maintain tight control of the Yuan to ensure exports are always competitive and affordable on the international markets. While Chinese exporters prefer to be paid in U.S dollars, by law, they are required to use the Yuan to pay for any expenses within the country’s borders.

The huge supply of the U.S dollar in the global economy has always been a big problem for the Chinese economy. The low demand for the Yuan has always seen its value against the dollar rise significantly. A strengthened Yuan against the dollar is usually a bad thing for a country highly dependent on its exports being cheap.

A strengthened Yuan causes Chinese exports to be costlier, conversely losing their competitive edge in the global market. Costlier exports often result in minimal or no sales, leading to trade deficits that can be detrimental to the economy in the long run.

The availability of the monetized resources has, in return, attracted foreign investments. A surge in foreign investments into the Chinese economy has also come with its fair share of challenges that the central bank has devices to address.

Many times Yuan supply increases whenever exports edge higher. It is partly because almost everything within mainland China must be financed in the Yuan. Amid the surge in the supply of Yuan, the government has still been able to keep Yuan rates stable.

Some of the measures that the government-controlled central bank uses to ensure adequate supply and stability of the Chinese Yuan include:

While most central banks allow forces of supply and demand to dictate the fiat currency fluctuating rate, the Chinese central bank maintains a tight grip on the Yuan rate. In a bid to control Yuan forex rates, the central bank purchases all the inflows generated in the export trade.

Upon purchasing the foreign currencies, the central bank, in return, issues the local Yuan currency to exporters. The same is achieved by printing additional local currency to absorb foreign capital’s large inflows due to the export business.

By creating more local currency to counter foreign currency absorbed by exporters, the central bank can ensure fixed rates for the Yuan. It is one of the reasons why Chinese exports have always remained cheaper.

The creation of additional money to absorb foreign inflows at times, results in many challenges. For starters, the pumping of more Yuan currency into the market results in elevated inflation levels. To counter the elevated inflation, the PBOC is often forced to issue government bonds to absorb the excess Yuan in circulation.

In return, commercial banks are forced to increase their total deposit with the central bank conversely left with little money to lend. The resultant effect is a decline in the amount of Yuan in supply in the economy. Reducing the amount of money that local banks must deposit in the PBOC leaves the banks with more money to lend out to the economy.

In return, the commercial banks pass down the costs to borrowers, which often acts as a deterrent for people to take up loans, thus reducing the amount of money in circulation.