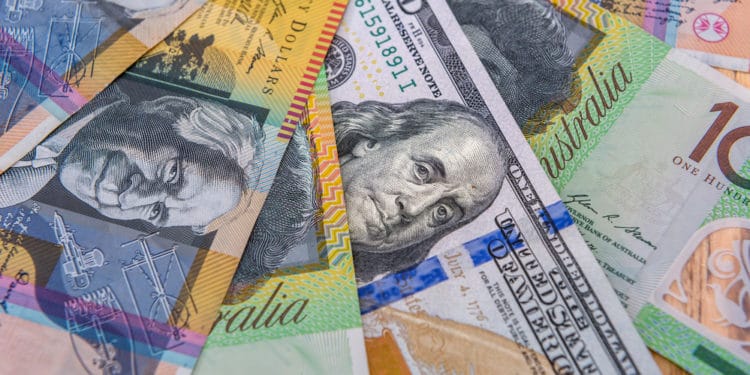 The AUD/USD pair is hovering near its highest level since April 2018 as investors remain optimistic about the health of the Australia and China economies and commodities. On Wednesday, the Aussie is trading at 78 cents against the dollar. It had jumped by more than 40% against the dollar since March last year.

The Australian dollar is often seen as a proxy for the Chinese economy and commodity prices. That’s because the country sells about 37% of all its exports to China. They include iron ore, coal, and precious metals.

China is also a robust buyer of the country’s services. The Aussie is seen as a proxy for commodity prices because of its vast natural resources.

In the past few months, the AUD/USD pair has rallied because of the overall performance of the two factors. The Chinese economy rebounded in the second quarter and continued doing so for the rest of the year. This growth will possibly continue this year.

Similarly, commodities rallied in 2020, helped by strong demand from China. Also, the vast stimulus packages in Europe and the United States helped boost prices. Further, there was a lot of supply shortages as countries like Chile, South Africa, and Peru placed limits on production.

Indeed, as shown below, the Bloomberg Commodity Index (BCOM) has soared by more than 2% in the past 12 months. It has risen by more than 40% from its lowest level in 2020, just like the AUD/USD.

Risks for the AUD/USD

There are several risks for the AUD/USD. First, commodities are usually cyclical assets, meaning that higher prices will always attract overproduction. This happens as producers rush to take advantage of higher prices.

Indeed, this is happening in the United States, where shale producers have been increasing their rigs. Therefore, higher production could push commodity prices lower, which will have a negative impact on the AUD/USD.

This means that some Australian industries, like hotels, education, and restaurants will take longer to recover. This could push the Reserve Bank of Australia to consider negative interest rates. Such rates would be negative for the AUD/USD.

Another risk for the AUD/USD is from the USD side. Some analysts now believe that the dollar will bounce back in the long run due to the planned stimulus. While stimulus can be bearish for the greenback, it can also be bullish. This is because a stronger recovery will see the Fed raise rates faster than expected.

The AUD/USD pair is trading at 0.7735. On the daily chart, we see that the pair is above the 25-day weighted moving average. At the same time, there are signs of a bearish divergence when you look at the Relative Strength Index (RSI) and the moving average convergence divergence (MACD). Also, the AUD/USD seems to be forming a rising wedge.

Therefore, while the upward trend will likely continue, there is a possibility of a pullback happening due to the risks mentioned above. If this happens, the pair could retreat to the support at 0.7410.

USD/NOK: No End In Sight For The Norwegian Krone Strength

USD/ZAR: Is This the End of South African Rand Rally?