USD/ZAR: Is This the End of South African Rand Rally? 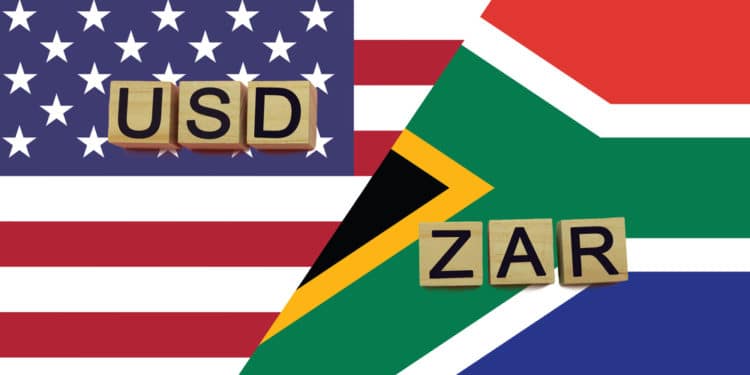 The unstoppable rally of the South African rand appears to have ended. The USD/ZAR pair jumped by more than 2% as investors continued to worry about the new rapidly-spreading variant of coronavirus in South Africa. They are also worried about the country’s vaccination efforts and the overall fiscal situation.

The Risk-on approach boosted the South African rand in 2020

The USD/ZAR pair dropped sharply in 2020, making the South African rand the best-performing emerging markets currency. This performance was mostly because of the large number of dollar inflows as the country borrowed billions of dollars.

The performance was also mostly because of the risk-on approach in the financial market. This is a situation where investors rush to relatively riskier assets and currencies. Indeed, in the past few months, risky assets like Bitcoin and Ethereum have been on a sharp rally.

Investors started to embrace risks after they gained more information about the coronavirus and the efforts companies were making to develop the vaccine.

Most importantly, the efforts of global central banks played their role. For example, in the United States, the Federal Reserve slashed interest rates and launched an ambitious quantitative easing program. It has added trillions of dollars into its balance sheet by buying at least $120 billion worth of bonds every week. The chart below shows the performance of the US dollar index in recent months.

The USD/ZAR is therefore rising as South Africa continues to battle the new strain of the virus, which differs from the one recorded in the United Kingdom. The number of total confirmed cases has surged to more than 1.1 million, with the country recording more than 10,000 new cases every day. The number of deaths has also reached 30,000.

At the same time, the country is facing the challenge of affording vaccines. While Pfizer and BioNTech have offered a discount for its vaccine, the country has said that it is expensive. Worse, health experts are trying to find out whether the current vaccines will be able to deal with the new strain.

Therefore, the country could be forced to go back to lockdown, which will have a negative effect on the economy. It will affect the recovery of the vital tourism sector and overall retail sales. Also, it will affect all sectors of the economy.

On the weekly chart, we see that the USD/ZAR pair had been on a freefall since April last year. Subsequently, it dropped below the 50% Fibonacci retracement level. And last week, it moved to the 61.8% retracement, where it found major support. In fact, the current bounce was expected since that’s how assets behave when they approach such retracement.

The pair remains below the short and longer-term moving averages while the RSI has also bounced back. Therefore, the pair will likely go through this pullback and test the 50% retracement at 15.35. It will then drop to the 78.6% retracement level at 13.12.

This prediction will be invalidated if the price moves above the 50% retracement. It will send a sign that there are still more buyers who are interested in buying the pair.