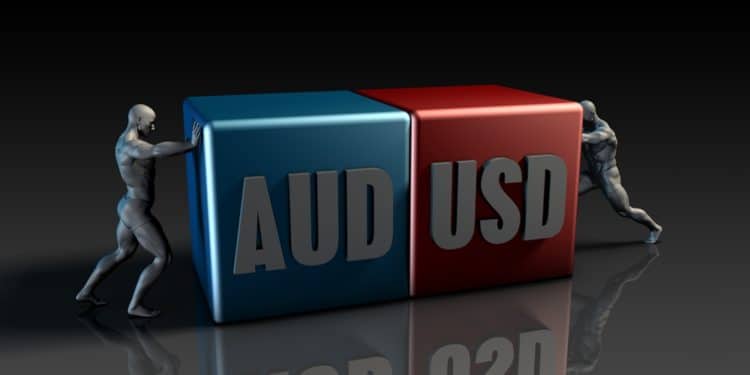 The Australian dollar is on track for its best annual performance in a decade boosted by a weaker US dollar, resurgence of the Chinese economy, higher commodity prices, and the overall handling of the coronavirus pandemic. The AUD/USD has soared by more than 10% this year and by 40% from its year-to-date low of 0.5500.

The Australian dollar is often viewed as a proxy for the Chinese economy. That’s because China buys more than a third of all Australia’s exports. It is also a vital consumer of Australia’s services, like education and entertainment.

While China was the source of the coronavirus, the country managed to handle it well. It only recorded less than 100,000 cases and a few thousand deaths. That was remarkable, considering that China has a population of more than 1 billion people.

Therefore, after tumbling in the first quarter, the Chinese economy bounced back by 3.2% in the second quarter. It then soared by a remarkable 5.2% in the third quarter. And the government expects an annual increase of about 6.0% in 2020. This is a significant feat considering that the overall global economy will decline by about 3% this year, according to the IMF and the World Bank.

A resurgent Chinese economy boosted commodity prices. Indeed, as shown below, the Bloomberg Commodities Index (BCOM) managed to bounce by more than 30% from the YTD low of $59.52 in March to $77 in December. In the investment world, the Australian dollar is viewed as a proxy for commodities because of the vast amount of raw materials the country ships.

A resurgent China and higher commodities prices made the Australian economy do better than its peers. For example, in the second quarter of the year, the Australian economy declined by 7.2%. In contrast, the American and European economies contracted by more than 20% during this period. The economy later rebounded by 3.3% in the third quarter.

The AUD/USD pair also soared because of the overall weaker US dollar. The closely-watched dollar index (DXY) declined by more than 7% in 2020. Indeed, the currency fell against all currencies in the G10 and most emerging market currencies.

This happened because of the Federal Reserve, which unleashed its biggest liquidity ever. It lowered interest rates to zero and launched an ambitious open-ended quantitative easing policy. This QE led it to print trillions of dollars, which pushed its balance sheet to more than $7.7 trillion.

Meanwhile, in Australia, the Reserve Bank of Australia (RBA) also unveiled its coronavirus defense strategy. It lowered interest rates to an all-time low and announced a QE program. Also, it signaled its willingness to push interest rates negative for the first time. This will possibly not happen because of the overall recovery of the economy.

On the daily chart, we see that the AUD/USD price has been on a steady upward trend in the past few months. It is now at the highest level since April 2018. Subsequently, it has moved above the 50-day and 25-day exponential moving averages (EMAs).

The Relative Strength Index (RSI) is also hovering near the overbought level of 70. Notably, the pair is above the important support level of 0.7412.

Therefore, while the pair will continue rising, there is a possibility that it will go through a pullback. If this happens, the level to watch will be the August high at 0.7412.

Trading Strategies of the Investment Gurus