AUD/USD Is on the Verge of a Major Bearish Breakout 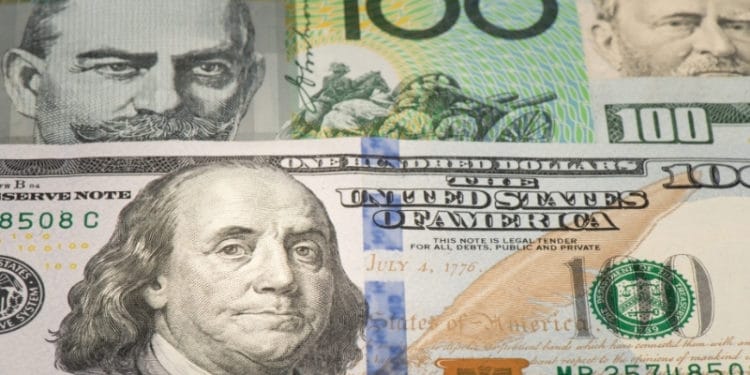 The Australian dollar declined on Tuesday after the Reserve Bank of Australia’s (RBA) monetary policy decision and ahead of key economic data. The AUD/USD pair dropped to the December 29 low of 0.7600.

The Australian economy has managed to remain relatively stable amid the coronavirus pandemic. While it contracted in 2020, the extent of this decline was lower than that of peer countries like the United States, United Kingdom, and the European Union average.

This performance was because of three main factors. First, the country addressed the coronavirus pandemic better than other Western countries. Second, the commodity prices bounced back after falling sharply in the first quarter. The Australian dollar is usually seen as a proxy for the commodities market.

Finally, the Chinese economy was the first one to recover, which is important since China is the biggest buyer of Australian goods and services.

It is against this backdrop that the RBA conducted its first monetary policy of the year. In a report on Tuesday morning, the bank decided to leave its main interest rate intact at 0.10%. This rate had remained at this level since November last year.

In addition to this, the bank decided to increase its quantitative easing program by A$100 billion. The goal of this program is to lower interest rates for Australia’s federal and state governments. Further, the RBA decided to continue with its term funding program that is providing funding for households and businesses.

With interest rates this low, the RBA wants to help Australia’s economy recover by making it cheaper for people to borrow.

The AUD/USD will next react to several important numbers from both Australia and the United States. On Wednesday, a survey by Markit will provide more color about the country’s services sector.

While the manufacturing industry has done well, economists believe that the services sector performed poorly because of the coronavirus. Many hotels, restaurants, and tourism countries are yet to recover.

On Thursday, the Australian Bureau of Statistics will publish the trade numbers for December. In general, there is a possibility that the country’s exports increased in December, with most of this demand coming from China. Imports are also expected to have risen. Finally, on Friday, the bureau will deliver the closely-watched retail sales numbers.

Meanwhile, the US dollar price will have an impact on the AUD/USD pair. In the past week, the dollar has continued to rise against most currencies. This has happened because of the risk-off approach because of the risks associated with the Wall Street Bets (WSB). In fact, the dollar index has risen to the highest level since December.

It will this week react to the nonfarm payroll numbers that will come out on Friday. Economists believe that these numbers will show that the economy added about 50,000 jobs in January. That will be a better reading than the previous contraction of 140,000.

On the four-hour chart, we see that the AUD/USD pair topped at 0.7820 early this year. Since then, it has been on a downward trend, with the key support being at 0.7665. It managed to move below this support in what appeared to be a bearish breakout last week, but it then found a challenge.

The AUD/USD is trading at 0.7600, which is slightly above Friday’s low of 0.7588. The price has also moved below the Ichimoku cloud. Therefore, the pair will likely continue falling as bears target the next support at 0.7550.