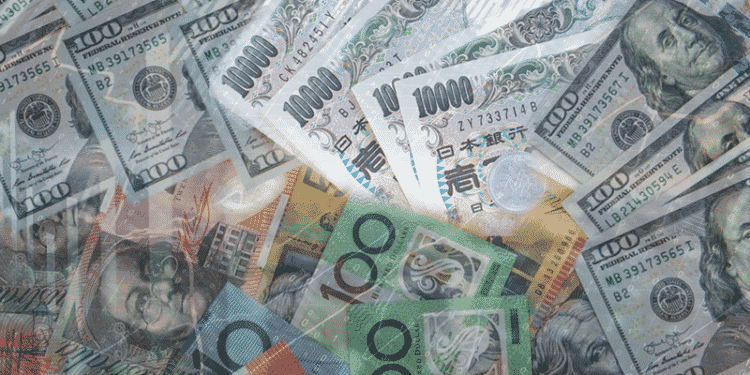 The US dollar was under pressure Wednesday morning after rallying Tuesday before giving up all the gains. The dollar index powered to highs of 96.61 before tanking to lows of 95.50. Increased volatility came on Federal Reserve Chairman Jerome Powell turning hawkish at a Senate Banking Committee hearing.

The dollar rallied on the FED chair, hinting of quicker asset tapering months earlier than scheduled when it meets this month. However, the dollar came under pressure as investors remain wary that accelerating asset purchasing could take a toll on the economy amid the emerging Omicron variant risk.

The AUDUSD was one of the hardest-hit pairs as Powell turned hawkish at the senate hearing. The pair plunged to one-year lows of 0.70619 as the dollar snapped up after being under pressure for the better part of Tuesday’s trading session.

However, with the dollar upward momentum easing off, resulting in a sell-off, the AUDUSD did bounce back, recouping some of the losses. The pair has since bounced back and found support above the 0.7160 level. However, it remains under pressure going by the underlying long-term downtrend.

Following the bounce back, the AUDUSD is staring at strong resistance near the 0.7193 level. Below the resistance level, the pair remains susceptible to further sell-off. A rally followed by a close above the resistance level could trigger renewed rally back to the 0.7270 level. Risk-sensitive AUDUSD looks set to remain under pressure in the short term as the market continues to digest the potential impact of the new COVID-19 variant Omicron.

The recent bounce back off one-year lows remains supported by solid economic data out of Australia. A better than expected Q3 GDP data shows the economy rose 3.9% year over year and continues to attract bids on the AUD, consequently sending the pair higher. Additionally, the Australia commonwealth Bank Manufacturing PMI jumped to 59.2 in November, affirming an uptick in economic activity.

Amid the pickup in economic activity, the risk of the Omicron variant triggering a surge in COVID cases could limit gains on the AUD against the dollar. Additionally, AUDUSD gains could be limited by the FED moving with speed to hike interest rates to curtail a surge in inflation levels. Such a move could trigger renewed dollar strength which could send AUDUSD lower.

The yen is resilient against the dollar

Meanwhile, the Japanese yen continues to fend off dollar strength across the board. The USDJPY pair has struggled to power through the 114.00 level after a recent pullback from three and a half year highs of 115.51.

The 113.71 mark has emerged as the short-term resistance level curtailing any movement to the upside. Similarly, 112.71 is the short-term support level from where the pair has bounced back on the move lower.

The renewed sell-off on the USDJPY comes amid an uptick in demand for safe-havens in the currency market. Traders are increasingly scampering for safety in a safe haven on the fear that the new COVID-19 variant could affect economic recovery.

Moderna’s Chief Stéphane Bancel insisted that current vaccines could be much less effective in tackling Omicron. The statement spreads fear in the market, fuelling demand for the yen as a safe haven. Impressive economic data are also promoting yen strength. Japan’s Jibun Bank Manufacturing PMI rose to 54.5 from 54.2

However, the losses on the USDJPY have been curtailed by hawkish remarks from the Federal Reserve. The FED chair insisting on accelerating asset purchases continues to affirm dollar strength, consequently shrugging off sell-off on the pair. The FED chair reiterated that inflation is no longer transitory, signaling the need for aggressive tapering to try and combat persistent inflation.