AUDUSD Turns Bearish Below 0.7500 After Dovish RBA as GBPUSD Weakens 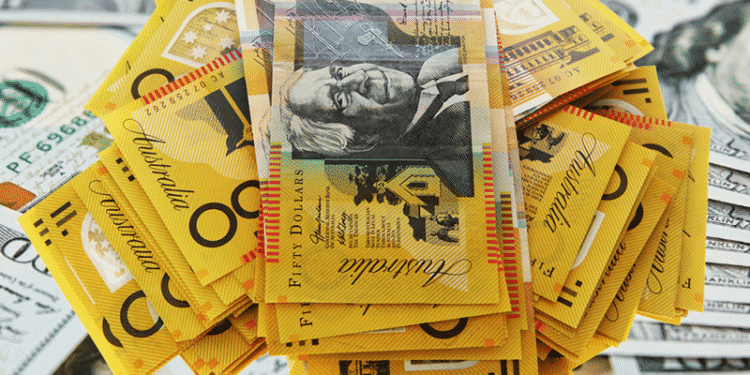 The US dollar was on the back foot on Tuesday morning. The weakness comes on the backdrop of US treasury yields also edging lower ahead of a pivotal US Federal Reserve (FED) Meeting on Wednesday. The dollar index, which measures the dollar strength against other major currencies has since dropped below the 94.00 handle, ahead of the pivotal FED meeting.

Despite the US dollar remaining on the defensive, the AUDUSD pair dropped by more than 50 basis points. The sell-off came as the Australian dollar was hurt by dovish remarks from the Reserve Bank of Australia. The pair dropped after the central bank dampened any hopes of a hawkish pivot.

A sell-off followed by a daily close below the 0.7451 should pave the way for bears to assume control with the prospect of steering a drop below the 0.7400 level. On the flip side, the pair needs to hold on to gains above the 0.7451 level to have any chance of bouncing back to highs above 0.7500 levels.

The AUDUSD pair has come under immense pressure after failing to hold on to gains above 0.7555 registered last week. Its sentiments have been hurt by the RBA falling to hike interest rates despite the market betting on the same as a way of curtailing runaway inflation.

In the policy statement, the central bank affirmed that the latest data and forecast does not warrant an increase in cash rate next year.

The central bank, in its policy statement, insists that inflation is still too low. Governor Philip Lowe insists the market has overreacted to recent inflation data, all but casting any doubts of the central bank hiking rates any time soon.

The governor has also reiterated that the RBA will not use interest rates to contain rising housing prices. In addition, the governor reiterated that there is a high possibility the current cash rate will remain at the current level until 2024. Any forward guidance according to the RBA will be based on the state of the economy rather than a calendar.

Meanwhile, the British pound also remains under pressure against the dollar, tanking to two-week lows. The GBPUSD has since tanked to lows of 1.3650 levels, with the prospects of tanking to lows of 1.3560 levels, the next substantial support level.

The major support for further sell-off is seen at 1.3625. GBPUSD is likely to trade with a bearish bias towards the key support level. A daily close below 1.3625 could trigger sustained weakness. On the upside, the pair needs to bounce back and find support above the 1.3740 to avert the prospects of it edging lower.

The GBPUSD pair has turned bearish as the market prepares for monetary policy statements from the Federal Reserve and the Bank of England. The anxiety ahead of the policy reports has kept the dollar firmer against the pound as traders often rush to it in times of uncertainty. Moving forward, bearish biases could remain intact on the GBPUSD pair as the greenback benefits amid the uncertainty.