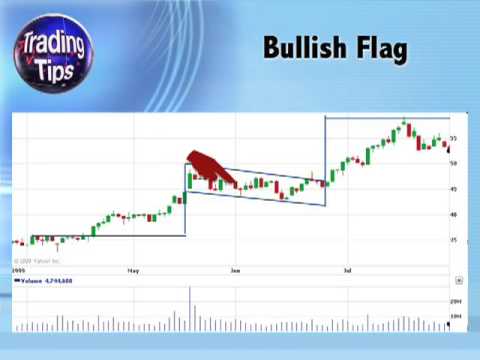 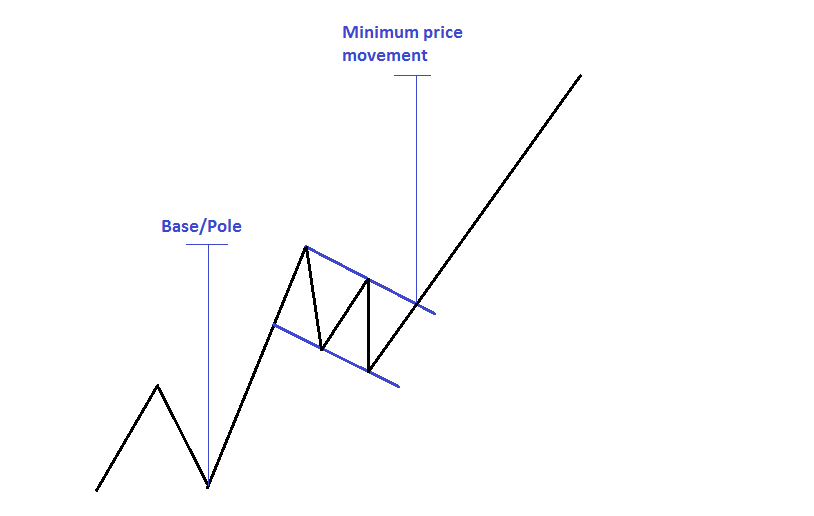 Now let’s take a look at an example of flag pattern in the technical chart of EUR/USD (daily chart) given below. 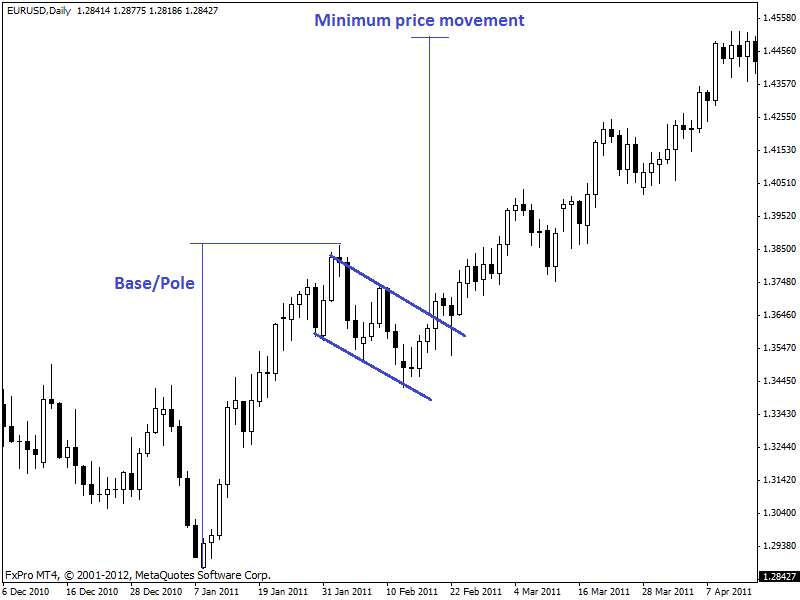 In the chart above, we can see a flag pattern in the chart of daily EUR/USD. After the breakout of flag pattern, the price of EUR/USD moved upward and also touched the minimum possible price movement.

Pennant pattern develops after a sharp price movement, and it consists two converging trend lines.Here is an example of the structure of pennant pattern. 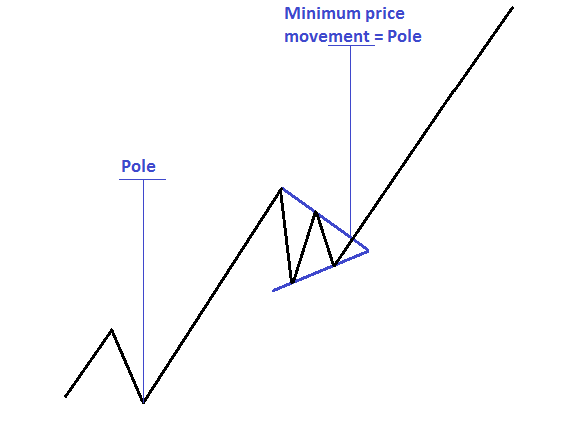 An example of pennant pattern in the daily chart of EUR/USD has shown in the chart below. 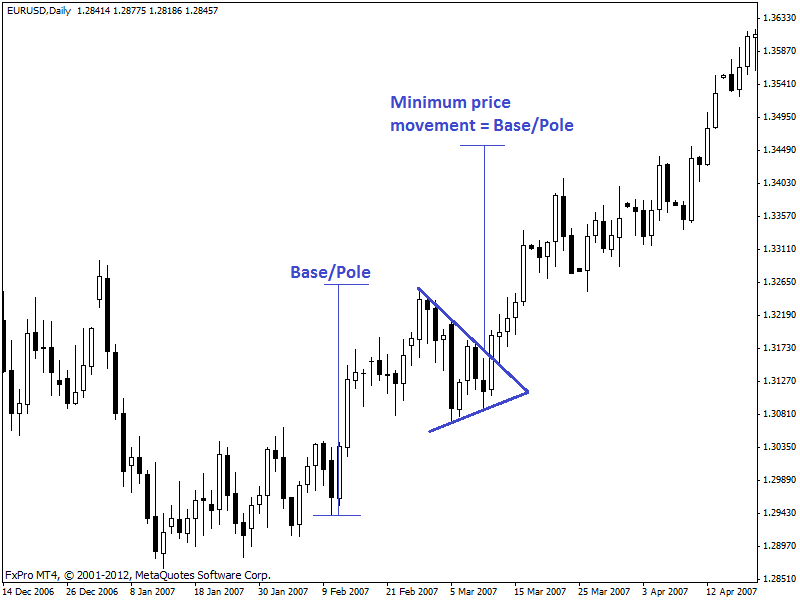