by Adam Stanley
in Technical Analysis
0 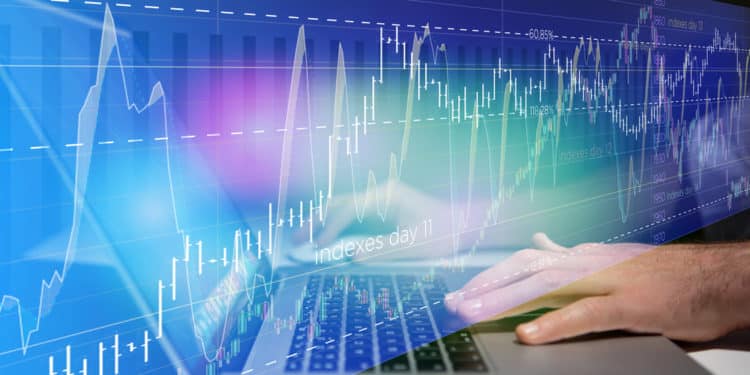 Whenever prices move up significantly in the forex market, exhaustion often kicks in. In most cases, the fatigue is usually a result of people exiting positions to lock in profits. The aftermath is usually consolidation, with prices moving slower and in tight ranges. One of the patterns that often come about during such periods of consolidation is the Inverted scallop.

What is an Inverted scallop?

Traders can see the chart pattern that comes into play during bullish rallies. It can also occur at the start of an uptrend and during breakouts. It appears as an inverted J whereby prices move up significantly only to reach a peak and start correcting lower, resulting in a rounded top.

The chart below shows the formation of an inverted scallop. In the first part, the price is seen moving up steadily as bulls were in control.

However, exhaustion started to kick in as soon as the Dine Brands Global share price reached near the $80 mark. The result was price edging lower as some people took profits. The correction to the 0.5% mark affirmed the formation of an inverted J. Price holding, and correcting up from the 50% correction only affirms the Inverted scallop pattern.

While looking to profit from the inverted scallop outline, it is important to wait and see if the pullback will hold and that price will not edge lower. The correction from the top should not be more than 50% for the pattern to hold. A correction of more than 50% will essentially mean the underlying trend is not an inverted J.

Once the pullback holds and does not correct more than 50%, one can look to open long positions as it indicates bulls are in control and likely to steer prices higher once the consolidation phase comes to an end.

The inverted scallop outline is confirmed by a bounce back to the previous high. A rally followed by a close above the previous high affirms the strength of the upward momentum, paving the way to open a long position.

In most cases, one can open a long position once the inverted J outline appears and prices fail to edge lower. Once a bullish candlestick emerges at the new support or the end of the rounded top, one can enter a buy order.

However, one can wait for further confirmation, which would come in the form of price bouncing off the support and powering back to the previous top. Once it breaks out of the previous top on strength, one can trigger a position to try and profit on further upside action.

The best play on risk-reward is to wait for the price to close above the previous top after the confirmation of the inverted scallop to trade. The bounce back, in this case, affirms the underlying uptrend signaling the consolidation wave is over and that the market is about to move up and register new highs.

Similarly, if the long position was triggered near the end of the rounded top, one can place the stop-loss order a few pips below close to where the previous move up started.

On the other hand, the take profit level can be measured as the height of the J pattern, in this case, measuring where the j pattern started to where the rounded top started to appear. The height can then be extrapolated from where a long position is triggered to ascertain the place to exit a trade and lock in profits.

Swing traders are known to open long positions at the end of the scallop and exit the market as soon as the price corrects back to the highest level of the pattern. However, if the underlying volume and momentum is high, one can let the profits run on price breaking out of the previous high and registering a new top.

The Inverted scallop pattern occurs in markets that are trending up and appear as an inverted J. The correction that follows after a new high is registered should not be more than 50% of the underlying trend for the pattern to hold. A correction of less than 50% ensures the rounded top holds perfectly to justify the inverted J outline.

Long positions can be opened depending on how confident one is about the strength of the upward momentum. For instance, it can be opened at the end of the scallop, paving the way to open a trade early into the start of a new leg high.

Additionally, one can wait for confirmation that the consolidation phase is over and that the upward momentum is strong enough to trigger a much stronger breakout. In this case, one can open a buy position as soon as the price bounces off the scallop level and powers through the previous high to register a new top. 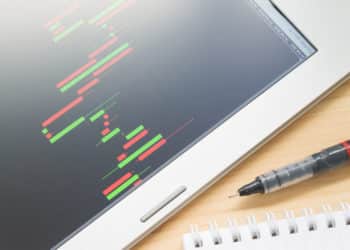