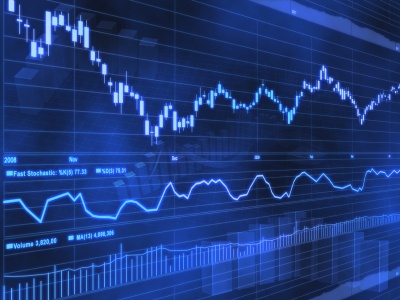 Gaps are specific candlestick pattern and generally occur when there is a significant gap between two candles. In this case, the low and open price remains higher than the high and close price of the previous candle.

Gaps are profitable as the price movement is very sharp during gap formation. Here is an example showing a bearish gap in the candlestick,

There are different types of the gap. These are as follows, 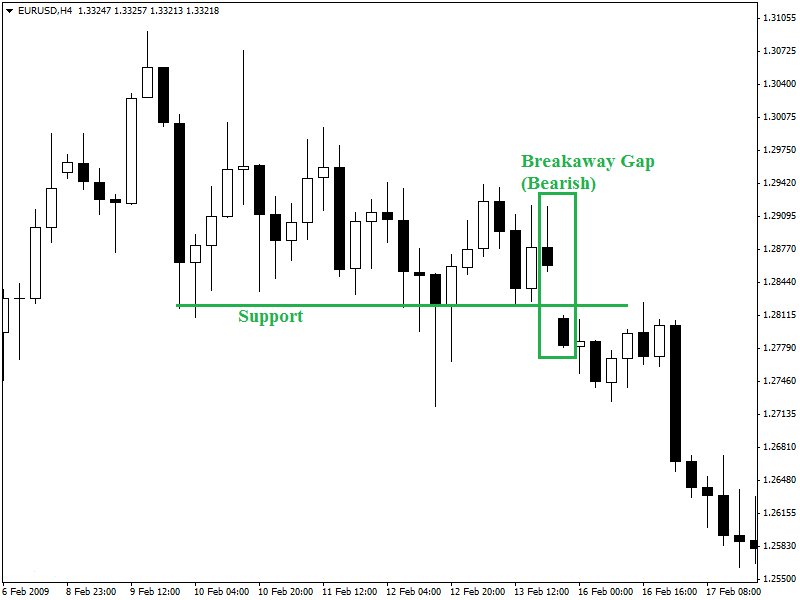 4-hour chart of EUR/USD (given above) is showing a bearish breakaway gap. This gap occurred during the breakdown of the support line. This breakaway gap should be considered as an entry signal for a short position.

Inversely, an exhaustion gap after a prolonged downtrend would be an entry signal for a short position. 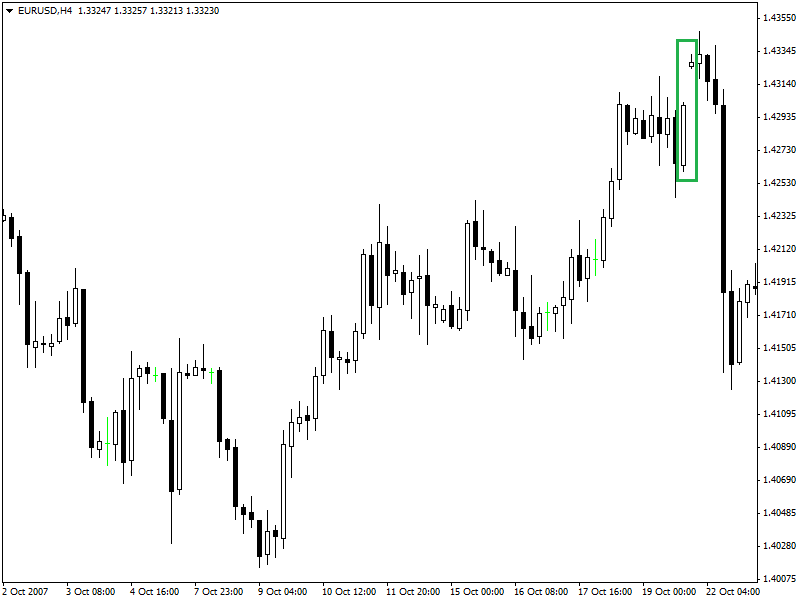 4-hour chart of EUR/USD is showing an example of exhaustion gap which has found at the end of an uptrend. This is a reversal and an entry signal for a short position.

These gaps are neither breakaway nor exhaustion gaps. These gaps are not considered as patterns. The distance between two candlesticks confirms this type of gap. Traders usually do not trade or take any decision based on this gap. 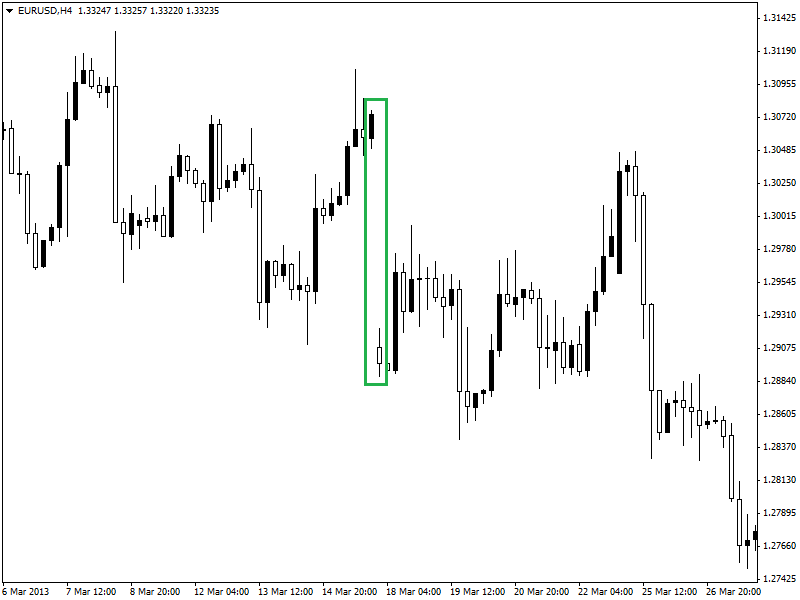 4-hour EUR/USD chart is showing a common gap as there was a distance between two candlesticks. 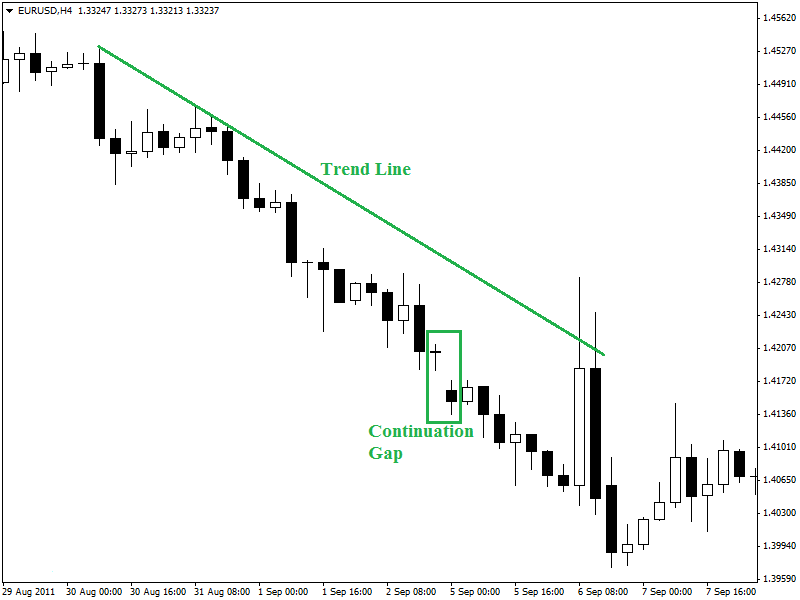 4-hour chart of EUR/USD (given above) is showing a continuation gap pattern as it was found in a downtrend. Due to this bearish continuation gap, the price of this pair has suffered further fall after the pattern formed.

Trading the gaps is an effective trading strategy. Traders should use defined stop loss, profit target, and other money management tools. A disciplined approach is a must requirement for any kind of successful trading.