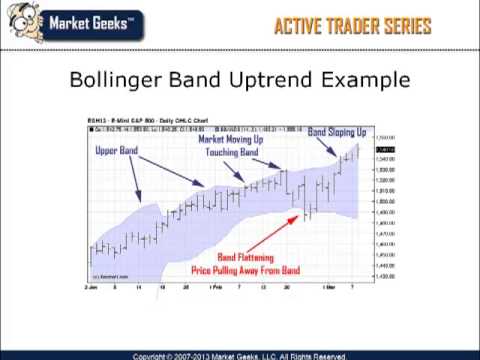 Bollinger band appears as a band consists of 3 moving averages like lines. Here is an example chart containing Bollinger bands. 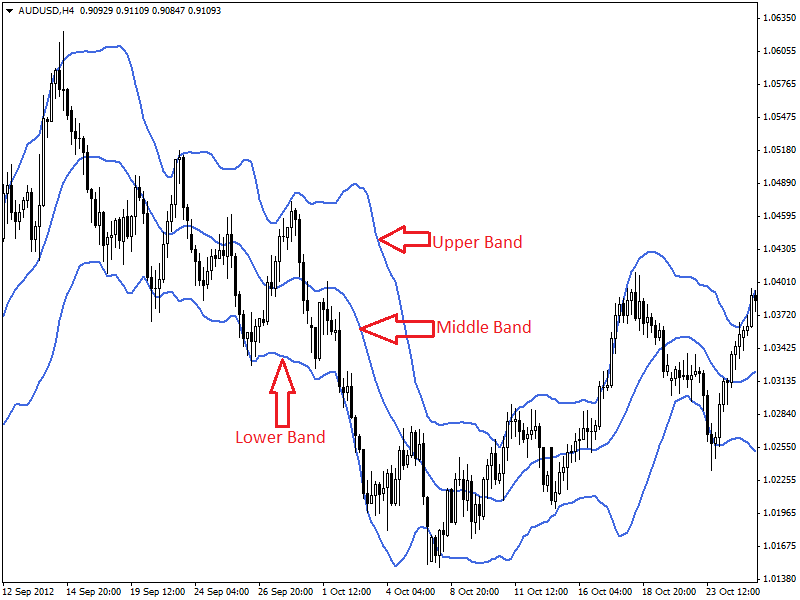 Bollinger band can be used in many ways. Different traders use this indicator in different ways. Such as,

It is better if you follow the trend while trading Bollinger band bounces. 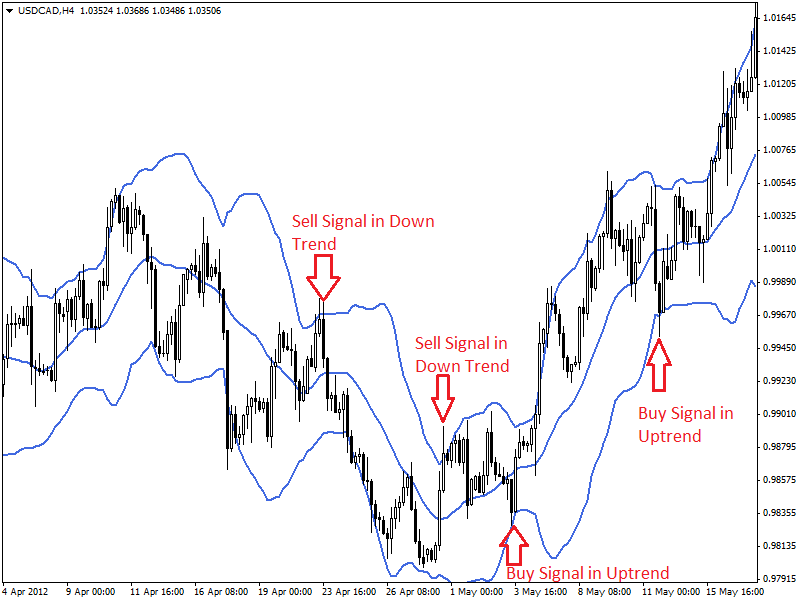 4-hour chart of USD/CAD is showing several entry signals for both long and short positions.

When a currency pair becomes less volatile, Bollinger band becomes squeezed. In squeezed condition, the distance between upper, lower and middle bands becomes narrow. This scenario occurs when the price of the pair is ranging in a narrow range.

This is why traders usually add other indicators to understand the possible price direction after the squeezed state. 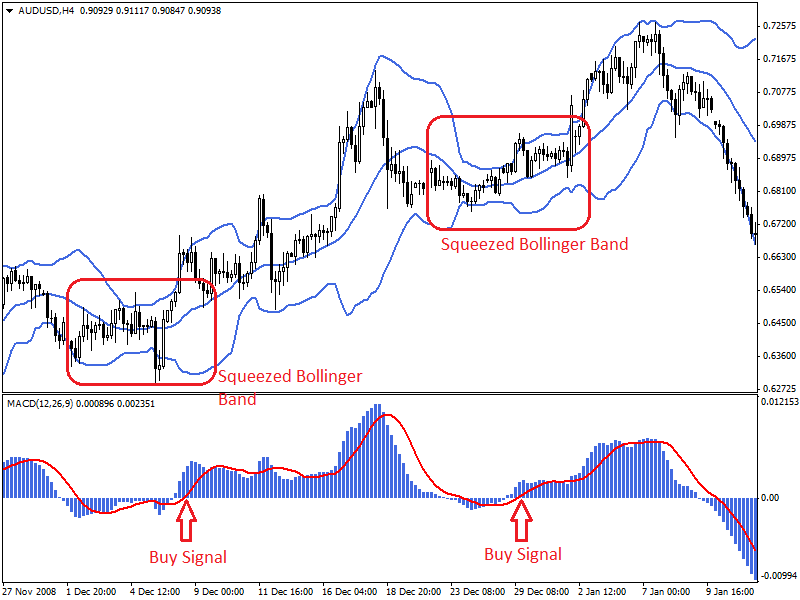 On the 4 hour chart of AUD/USD, we can see entry signals for long positions as Bollinger band was squeezed and MACD moved above the zero line. 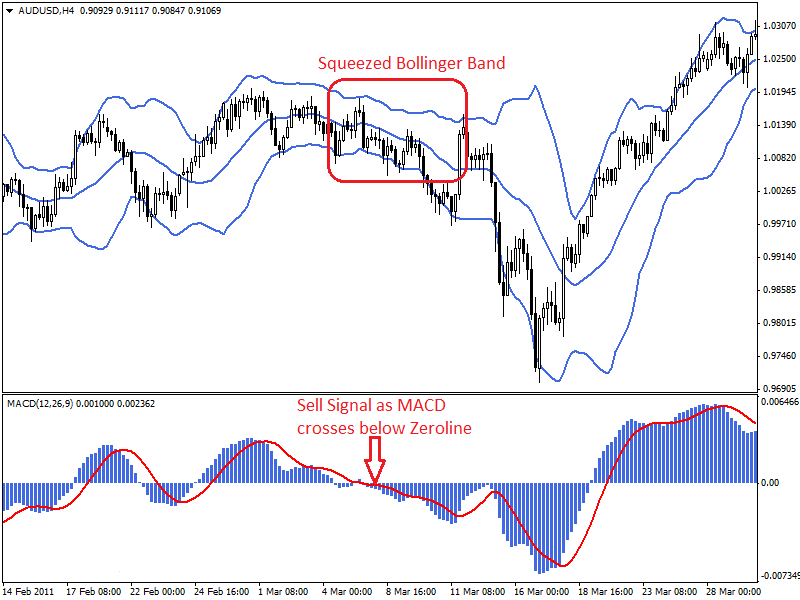 4-hour chart of AUD/USD (given above) is showing sell signal or entry signal for long position when the Bollinger band was squeezed and MACD crosses below the zero line/center line. 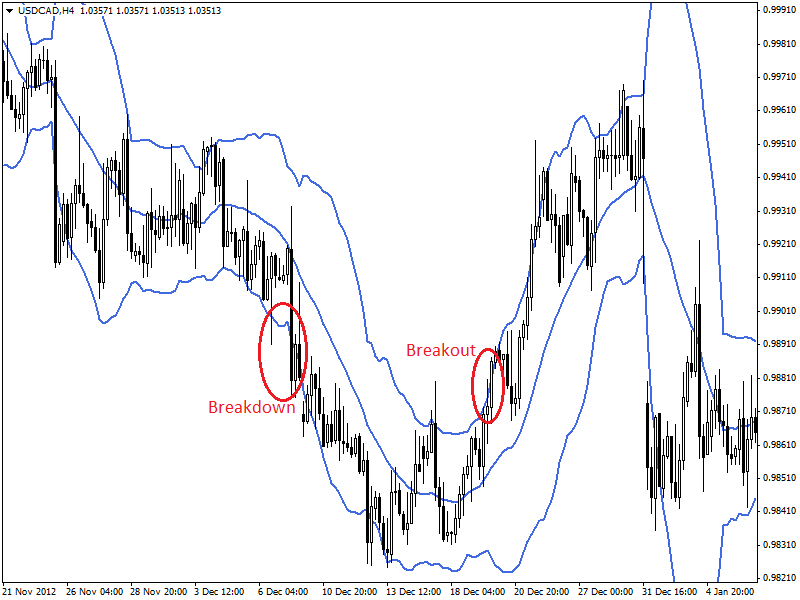 4-hour chart of USD/CAD is showing breakout and breakdown after a squeezed state of the Bollinger band.

Volatility plays a vital role in Bollinger band trading strategies. Such as, Bollinger band bounce strategy works well when there is a confirmed trend and volatility is high. Breakouts and breakdowns carry more success if found after a prolonged squeeze state of the Bollinger band.

Traders should consider these factors while trading with Bollinger bands.