Price channel indicator is a volatility indicator which is similar to Bollinger bands. This indicator appears as two lines set above and below the price of a currency pair or other trading instruments.

The upper line/upper band is fundamentally the high point or price of n-number of periods.

Inversely, the lower line/lower band is the low point or price of n-number of periods. 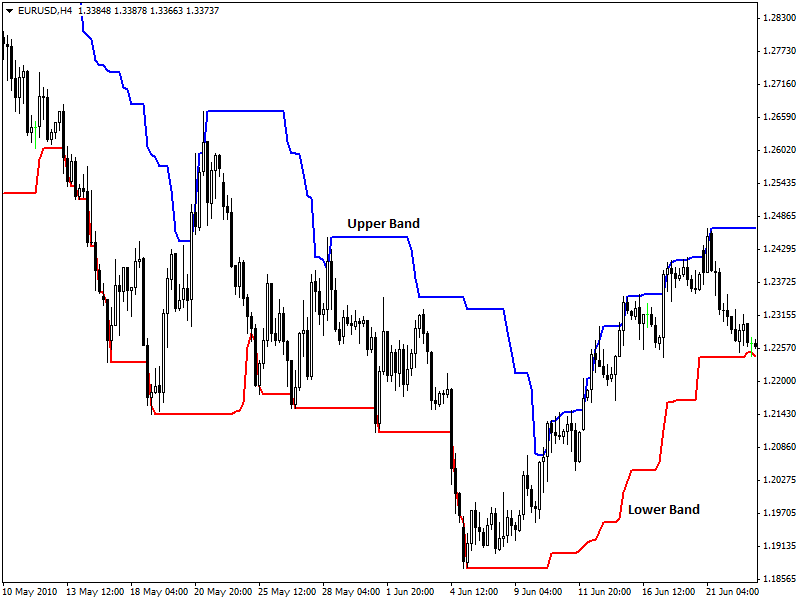 4-hour chart of EUR/USD is showing a price channel with its upper band and lower band. 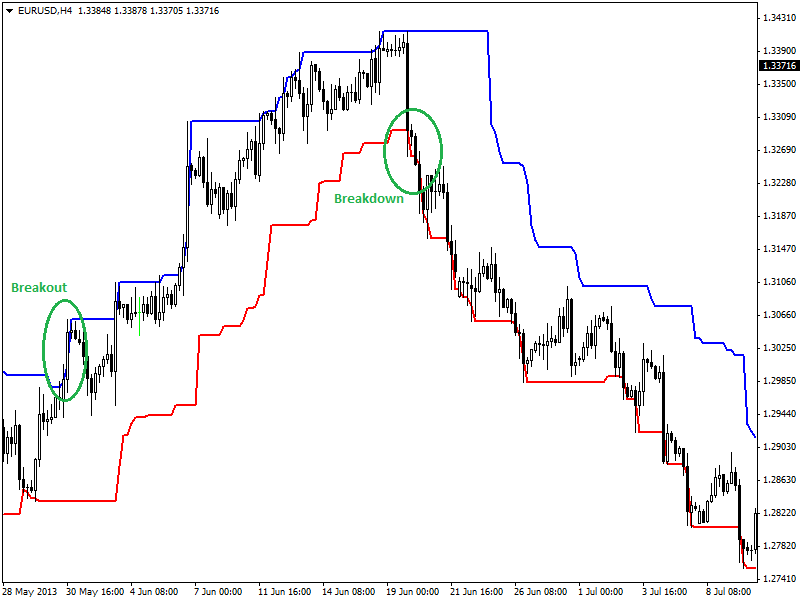 4-hour chart of EUR/USD is showing breakout and breakdown. Breakout is the first confirmation of a bullish trend reversal and occurs as soon as a bullish candlestick thrust the upper band of the price channel. The breakdown is the first confirmation of downtrend which occurs as soon as a bearish candlestick thrusts the lower band.

Sometimes price or candlesticks hit or thrust the upper or lower bands and immediately reverse to its previous trend direction. This scenario is called pullback which indicates possible trend continuation. The pullback in an uptrend indicates that the price will bounce back to upward direction again.

The pullback in a downtrend indicates bearish trend continuation. Here is an example showing pullbacks in a 4-hour chart of EUR/USD (given below). 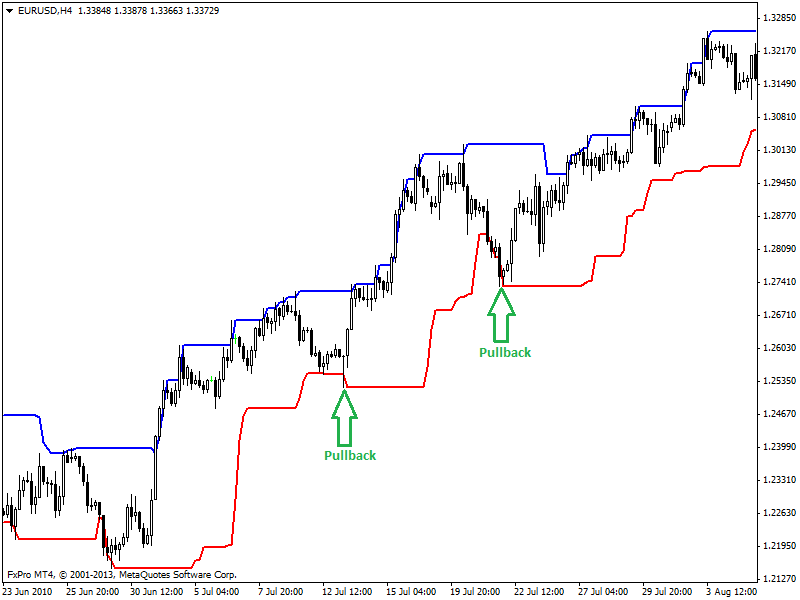 Other indicators such as MACD, Stochastic indicator can be useful to generate buy and sell signals during pullbacks. Traders are usually classified into two groups, i.e., fundamentals and technicals. Technical trading involves the use of reading the price... Crossovers are an essential part of forex trading because they provide signals on when a trend is ending, or a... Introduction Horn bottoms are down-trending spikes on trading charts. The pattern consists of two spikes that are visible on the...