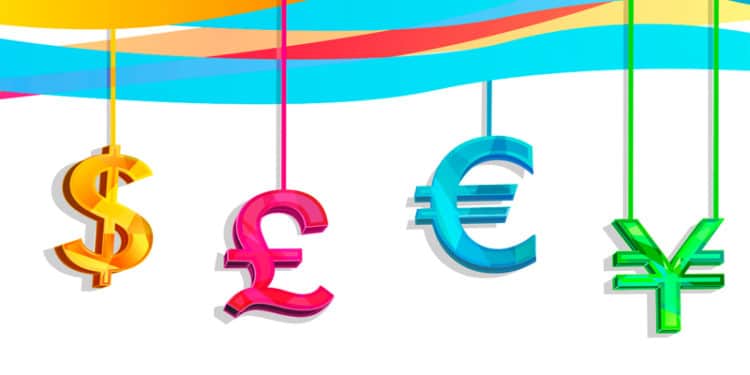 The dollar came under pressure Thursday as traders focused on increased currency supply under the Biden administration. The euro also struggled, but the UK’s speedy vaccine rollout appeared to drive appetite for the pound sterling.

The dollar weakened against a group of its major peers as the White House witnessed a change of guard. President Joe Biden marked his first day in office by undoing several signature Trump administration policies through executive orders.

The dollar index slipped 0.45% to 90.08. The index compares the strength of the greenback relative to a collection of major currencies comprising the euro, British pound, Swiss franc, Japanese yen, Canadian dollar, and Swedish krona. The common currency euro has the greatest weight in the index at nearly 60%.

Outside the basket, the dollar also slipped more than 0.03% against the Chinese yuan and fell 0.13% against the Australian currency.

Many traders appear concerned that big government spending under Biden would increase dollar supply, weakening the currency. Biden has promised to pump $1.9 trillion into the economy to soften the pandemic’s economic shocks. That is just to start. Biden is expected to unveil a bigger pandemic stimulus plan next month. But big government spending could also help the US economy recover faster, which would be good for the greenback.

The British pound spiked to its highest mark in more than two years against the dollar and the highest level in 8 months against the euro as traders appeared to grow more confident in the UK economy’s prospects.

The UK is among the countries leading in the rollout of the Covid-19 vaccine. The country is vaccinating more than 300,000 people a day, and more than 4 million people have received the jab. The aim is to reach 15 million people by mid-February.

To bring the pandemic under control, the UK has gone to the extent of seeking cheap vaccine dose supplies from Indian manufacturers. Speedy vaccination should reduce the need for the central bank to take steps, such as further cutting interest rates, which could, in turn, devalue the currency.

The Euro made some gains against the dollar, yen, Australian dollar, and Chinese year. But confidence in the common currency looks shaky. It tumbled against the British pound and Swiss franc.

The European Central Bank (ECB) left its stimulus policy unchanged. But the ECB said it stands ready to increase euro supply should economic conditions move in the direction that requires an escalation of stimulus measures. With the Eurozone still struggling to contain the coronavirus, many traders remain concerned about increased money supply devaluing the euro.

Japanese yen retreated against its major fears despite its central bank upgrading its economic outlook for 2021 and 2022. The yen fell 0.46% to the euro, 0.52% to the British pound, and 0.47% to the Swiss franc. It also lost ground against the Chinese yuan, Australian dollar, and Canadian dollar.

While Japan’s central bank lifted the economic outlook for the current year and the next, it maintained its stimulus policy. It also said that spiking Covid-19 cases would limit economic recovery. Those appeared to flash warning signs for some traders, causing them to take a step back from the yen.

Appetite in China’s currency looks limited as Biden takes charge. Although the yuan rose more than 0.05% against both the dollar and yen, it was generally weak against most major currencies. For example, it fell 0.42% against the euro and retreated 0.54% against the pound. Yuan also lost considerable ground against the Swedish krona, Australian dollar, and Swiss franc.

China slapped sanctions on several Trump administration officials because Biden was being inaugurated as president, and the new White House team didn’t take it lightly. It rebuked China for its action, causing many traders to speculate that the tense US-China relations may take a while to go away.

At the same time, China’s warning to Sweden over the Huawei 5G ban appeared to cause some traders to sour on the yuan.