DXY: US Dollar Index Forecast Ahead of Inflation Data 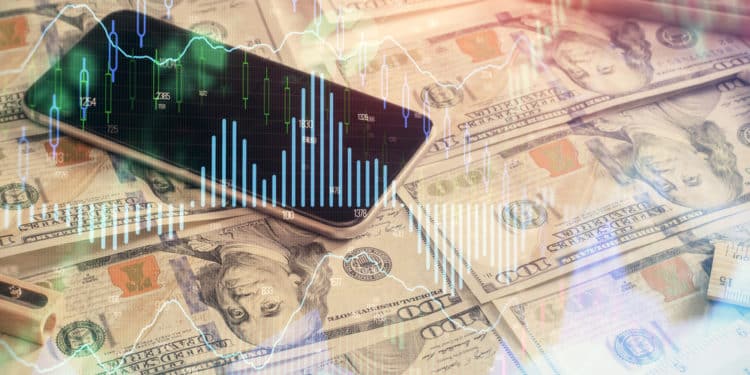 The US dollar index (DXY) is attempting to bounce back after it declined sharply on Monday this week. It is trading at $96, which is slightly above this week’s low of $95.85. This price is still about 1% below the highest level in November.

US inflation data ahead

The recent price action of the US dollar index is mostly because of last week’s statement by Jerome Powell. In testimony to Congress, the Fed Chair changed his tone about inflation saying that it was no longer transitory. He argued that the Omicron variant would likely lead to higher inflation if it led to more supply chain disruptions.

In the same statement, the Fed Chair said that the bank would likely bring more changes to its tapering program when it meets next week. In this, the bank is expected to increase the speed of tapering because of the rising inflation and the strengthening of the labor market.

Therefore, there is a likelihood that the bank will do away with the asset purchases in the first quarter of the year. In the previous meeting, the bank guided that it will aim to complete tapering by June next year.

Focus now shifts to the latest US inflation numbers that will come out on Friday this week. According to Investing.com, analysts expect the data to show that the headline inflation rose from 6.2% in October to 6.8% in November. Some analysts expect that inflation will rise to about 7% in November. The core CPI, which excludes the volatile food and energy products, is expected to have increased from 4.6% to 4.9%.

These numbers will be the highest inflation data in decades. As such, they will put more pressure on the Federal Reserve to start acting when it meets next week. Still, there is a sense in which the rising inflation is nearing its peak. For example, a quick look at the commodities market shows that the price of oil has retreated in the past few weeks. West Texas Intermediate is trading at about $70, which is lower than the YTD high of more than $80.

The US dollar index is also reacting to the tightening of the labor market. Last week, data from the United States showed that the economy added more than 235k jobs in November. This was a significant decline from the previous month’s increase of more than 500k.

However, other numbers show that the economy is doing relatively well. For example, the economy’s unemployment rate declined to about 4.2%, which is the lowest it has been since the pandemic started. It is also a remarkable decline from last year’s high of almost 15%.

Additional data shows that the number of Americans filing for initial jobless claims has declined to about 210k. Also, the American economy has more than 10 million vacancies, while the number of people resigning from their jobs has jumped to a record high. As such, these trends mean that the Fed will have an incentive to tighten.

The daily chart shows that the DXY index has been in a strong bullish trend in the past few weeks. It has risen by about 7% from its lowest level this year. The index trades along the first support line of the Andrews Pitchfork tool. Also, it is still above the 25-day and 50-day moving averages. However, in the past few days, the index has struggled to support its bullish trend. Therefore, there is a likelihood that the index will see some weakness as bears target the second support at about $95.