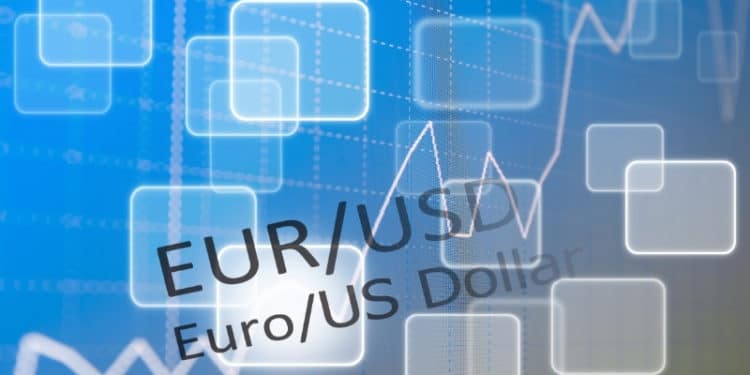 The EUR/USD is attempting to recover after dropping to the lowest level since November last week. The pair is trading at 1.1813, which is slightly higher than last week’s low of 1.1696. Is this a dead cat bounce?

EU and US divergence

The EUR/USD is holding steady as traders continue to reflect on the recent strong economic numbers from the United States. On Thursday, Markit and the Institute of Supply Management (ISM) published the relatively strong manufacturing PMI numbers from the United States. The same strength was also seen in Europe as most manufacturers started to reopen.

On Friday, the US published strong employment numbers that showed that the economy added more than 900,000 jobs in March while the unemployment rate fell to 6.0%. The participation rate and wage growth continued. These numbers will likely continue improving as the US economy reopens. Also, the recently-passed $1.9 trillion stimulus package will help supercharge the economy. The same is true with the proposed $2.3 trillion infrastructure package.

Further, economic numbers from the bloc have been relatively weaker. For example, on Tuesday, data by Eurostat revealed that the bloc’s unemployment rate remained unchanged at 8.3% in February. In contrast, in February, the US had an unemployment rate of 6.3%, while the UK had a rate of 5.3%.

There is also divergence on inflation. In the United States, recent data revealed that the consumer price index (CPI) rose by 1.7% in February, helped by the rising energy prices. In Europe, the annual inflation rose to 1.3%.

Another area of divergence is fiscal spending. This year alone, the US has allocated more than $2.8 trillion in fiscal stimulus while the Fed has already bought more than $360 billion worth of government bonds. The EU is still implementing its 750 billion euro recovery funds that it passed in July last year.

The recent strong data from the US have led to a relatively strong US dollar. Indeed, the dollar index rallied by more than 4% in the first quarter. This was a sharp rebound after the currency suffered a major decline in 2020.

The stronger US dollar was mostly because of the rising expectations that US inflation will start rising and push the Fed to change its stance. Indeed, as shown below, the yield of the ten-year US government bond has risen from 0.52% last year to today’s 1.72%. There is a possibility that the yields will keep rising as investors dump US government bonds.

The daily chart shows that the EUR/USD pair has been on a strong downward trend after rising to 1.2347 in January this year. In the past few days, the pair has bounced back from 1.1696 to 1.1828. This could be a dead cat bounce.

For one, the pair is attempting to retest the upper side of the descending channel that is shown in green. Also, the recent jump happened after the price tested the 38.2% Fibonacci retracement level. Therefore, there is a possibility that the pair will resume the downward trend as bears target the 50% retracement at 1.1485.