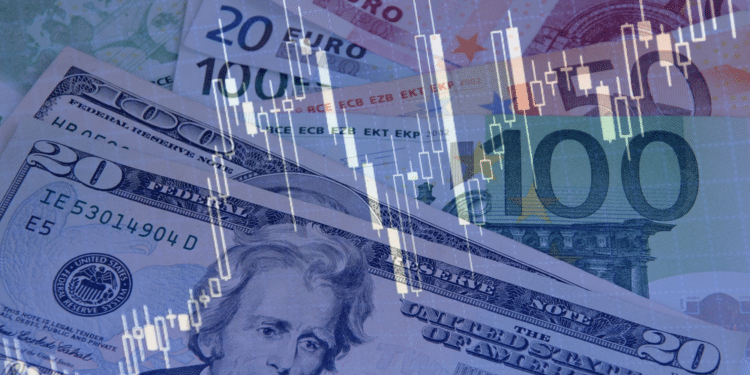 The EUR/USD continued the bullish momentum after the relatively mild Federal Reserve interest rate decision. The pair rose to 1.1860 on Thursday, which was substantially higher than the monthly low of 1.1755.

The EUR/USD rose after the Fed delivered its July interest rate decision, which was relatively mild. In all, the Fed decided to leave interest rates unchanged at the range of 0% and 0.25%. Interest rates have remained at the current range since April 2020. Most importantly, the bank said that it was not considering hiking interest rates any time soon. The closely watched dot plot showed that the bank would have its first interest rate hike in 2023.

Meanwhile, the Fed decided to continue with its $120 billion a month quantitative easing policy. The bank is printing and buying $80 billion worth of Treasuries and $40 billion worth of mortgage-backed securities per month.

In the statement, the members said that they would start deliberations on tapering in the coming meetings. The next meetings will be in September, November, and December.

Therefore, analysts expect that the bank will talk about tapering in the December meeting and then start reducing the size of the purchases in January next year. That will be later than other central banks. For example, the Reserve Bank of New Zealand (RBNZ) has already ended its quantitative easing program, while the Bank of Canada has reduced the size of its asset purchases three times.

The Fed decision came at an important time for the American economy. For one, real yields have declined to the negative zone, which is negative for many bond investors but positive for stocks investors. At the same time, inflation expectation has declined substantially, while the 10-year bond yield has dropped to the lowest level this year.

At the same time, the Senate voted to advance a $1 trillion infrastructure package. This means that the country will likely see the bill passed in the coming weeks. Meanwhile, American tech giants are as profitable as ever. In the past three months, companies like Facebook, Apple, Microsoft, and Google made a combined profit of more than $67 billion.

US GDP data next

The EUR/USD will next react to the latest US GDP data. Judging by the numbers that came out in April, May, and June, there is a possibility that the country will publish strong quarterly data. Economists expect that the economy rose by more than 8.5% in the second quarter. This growth will mostly be due to higher consumer spending and business investments.

The EUR/USD will then react to the latest sentiment data from Europe. The data is expected to show that business and consumer confidence retreated slightly in July as the number of Covid-19 cases rose in the region. Confidence numbers are watched because they are important signs of business and consumer spending.

The next key data to watch will be the flash consumer price index (CPI) data from the Eurozone that will come out on Friday. Inflation is an important component of the ECB’s view on monetary policy.

The three-hour chart shows that the EUR/USD was forming a descending wedge pattern mid this month. This is one of the most popular reversal patterns in price action. Now, the pair has moved above the 20 and 50-day Moving Average, while the Relative Strength Index (RSI) has been rising.

Therefore, the path of least resistance for the pair is to the upside. This means that the next key level to watch will be 1.1950.