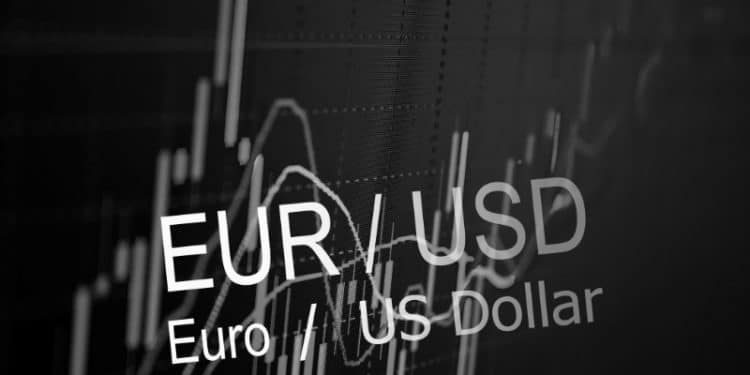 The EUR/USD pared back some of its earlier gains ahead of key US economic numbers from the United States. The pair dropped to an intraday low of 1.2100 from a high of 1.2170.

The sudden change of the EUR/USD price on Tuesday afternoon was mostly because of the relatively strong dollar. After days of declines, the dollar index turned around as investors waited for the upcoming US retail sales numbers and more details of the US stimulus package.

Notably, the sudden rise of the US dollar happened when the Bitcoin price soared to more than $50,000 for the first time. Precisely, it rose to $50,500 and then pulled back below $49,000 as many investors started to book profit. The digital currency rose after MicroStrategy announced that it was raising another $600 million to invest in the digital currency.

The EUR/USD also declined ahead of important economic numbers from the United States. The country’s statistics office will publish the latest retail sales and the producer price index (PPI) data.

Retail sales are important because they are indirect indicators of inflation, an important measurement used by the Federal Reserve. Also, the retail sector is one of the biggest employers in the United States. Economists polled by Reuters expect the data to show that US retail sales increased by 1.1% in January, leading to an annualized increase of about 2.9%.

They also expect the core retail sales to have increased by 1.0% in January after dropping by 1.4% in the previous month. This will lead to an annualized increase of about 2.5%.

Meanwhile, economists expect the producer price index to have risen by 0.9% in January while the core PPI rose by 1.1%.

If these numbers miss, it will put more pressure on Congress to pass an ambitious $1.9 trillion stimulus package. The funds will go to households, companies, and states, and local governments. However, the rising budget deficit and supply of dollars will likely devalue the currency.

The EUR/USD is falling even after some relatively strong economic numbers from Europe. In a report on Tuesday, Eurostat said that the EU economy contracted by 0.6% in the fourth quarter. This was better than the first estimate of -0.7%. As a result, the economy contracted by 5.0% on an annualized basis.

Meanwhile, according to the ZEW Institute, many European firms have started being optimistic about the economy. The closely-watched economic sentiment data rose from 58.3 to 69.6. Similarly, in Germany, the economic sentiment data rose from 61.8 to 71.2. These numbers are important because highly-confident companies tend to hire more people and invest more resources.

The EUR/USD pair dropped to an intraday low of 1.2100 on Tuesday afternoon. On the four-hour chart, the price is below the first support of the Andrews Pitchfork tool. It has also risen slightly above the 50% Fibonacci retracement level. The price has moved to the lower side of the Bollinger Bands. Therefore, the pair will remain in a downward trend so long as it is below the support of the pitchfork tool.

USD/SGD Falls After Strong Singapore GDP and Weak US Dollar

Chips Shortage and Why Invest In MSCI Taiwan Index