USD/SGD Falls After Strong Singapore GDP and Weak US Dollar 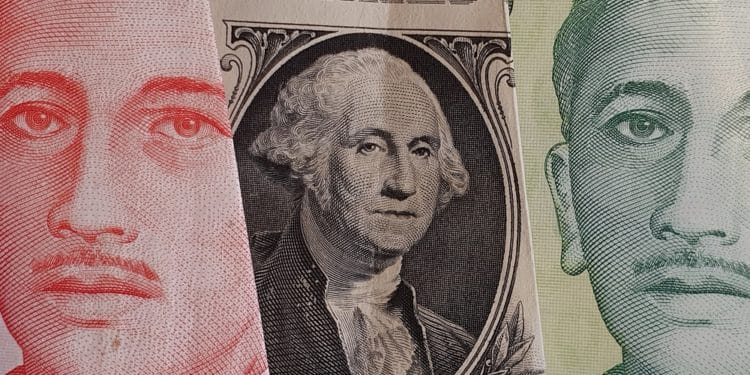 The USD/SGD has been under intense pressure in the past few months, mostly because of the overall weak US dollar and Singapore’s strong economic recovery. The pair is trading at 1.3230, which is almost 10% below the highest point last year.

Singapore is on a swift recovery

Like all countries, Singapore was affected by the coronavirus pandemic intensely. In total, the country confirmed more than 59,000 infections and less than 30 deaths. As a result, the country’s economy performed better than many comparable countries.

According to the country’s statistics office, the economy contracted by 5.4% in 2020 because of the impacts of the coronavirus pandemic. While this was better than the median estimates by economists polled by Reuters, it was the worst performance since 2001.

The data showed that the Singaporean economy contracted by 2.8% in the fourth quarter, a better performance than the 5.8% decline in the third quarter. Recently, data by the agency said that the country’s unemployment rate was relatively stable at 3.2%. In contrast, countries like the United States and Germany have an unemployment rate of above 6%.

There were several reasons why the Singapore economy fared better in 2020. First, the country’s manufacturing sector did well as the demand for biomedical products continued to increase. Second, the electronic sector, which is also important for the economy, did well because of external demand as more people stayed at home.

Second, because of its geographic location, Singapore attracted some investors from Hong Kong. That happened after China passed the controversial security law.

USD/SGD reacts to weak US dollar

On the other side of the equation, the USD/SGD price has weakened because of the overall weaker US dollar. The US dollar has dropped against most currencies in the past few months, mostly because of actions by the Federal Reserve and Congress.

The policy frameworks by the Federal Reserve have been about low-interest rates and quantitative easing. On QE, the bank has already expanded its balance sheet by more than $3 trillion to more than $6.4 trillion. This trend will likely continue since the bank is still printing $120 billion per month.

At the same time, Congress has launched stimulus packages worth more than $4 trillion. The legislative body is now in the process of passing another giant $1.9 trillion package. It will include funding for states and local governments, households, and companies. It will also have funds for vaccine distribution.

Notably, the non-partisan and highly-respected Congressional Budget Office (CBO) has warned that the US budget deficit will soar to $2.3 trillion this year. This does not include funds for the current stimulus.

Therefore, the substantial rise of the budget deficit and the total US debt is making more investors rush to other currencies like the Singapore dollar and the Norwegian krone.

Later this week, the USD/SGD pair will react to the important trade numbers from Singapore that will come out on Wednesday. The pair will also react to the vital economic numbers from the United States like housing starts, building permits, retail sales, and manufacturing production.

On the daily chart, we see that the USD/SGD price has been on a strong downtrend. It reached a low of 1.3143 early this year, where it found substantial support. It then rose to a high of 1.3389 and then resumed the downtrend. The pair remains below the 25-day and 50-day exponential moving averages. Also, it is slightly below the descending trendline. Therefore, the pair will likely continue dropping as bears attempt to move below the YTD low of 1.3143.