EUR/USD Pressured by Weak US Data and Stimulus Uncertainty 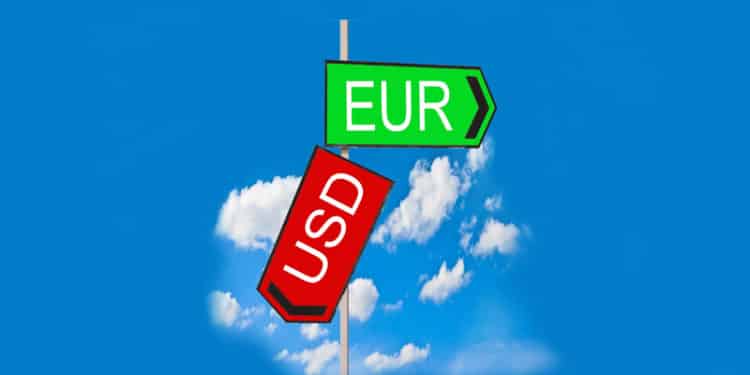 The EUR/USD pair is under pressure as traders react to the latest US jobless claims and personal income and spending data, and the rising uncertainty about the stimulus. The pair has dropped to 1.2168, which is substantially lower than Wednesday’s high of 1.2200.

The number of Americans filing for initial jobless claims rose last week as the country continued to battle the rising number of COVID cases.

According to the Bureau of Labour Statistics (BLS), more than 803,000 people filed for claims. That was a better reading than the median estimate of 885,000 that economists polled by Reuters were expecting. It was also the lowest reading in three weeks.

In the same week, the continuing jobless claims declined to 5.3 million from the previous 5.5 million. Still, this was a better reading than the median estimate of 5.58 million claims.

These numbers show that the American economy is struggling as more states continue to bar some non-essential businesses. For example, states like California, New York, and Maryland have ordered some important companies like restaurants and bars to close.

Notably, the worrying jobless claims came at a time when there are worries about the stimulus. While Congress passed a $900 billion stimulus bill, Donald Trump has threatened to veto the bill. In a statement yesterday, he said that the funds were inadequate and called for Congress. Precisely, he has requested Congress to increase stimulus checks from $600 to $1,200.

Economists believe that the American economy needs between $2.2 trillion and $4.5 trillion in additional stimulus to achieve a strong recovery. Biden has also called the current stimulus a down payment, meaning that he will unveil a bigger one in January.

The EUR/USD is also reacting to more worrisome economic numbers from the United States. A report released on Tuesday showed that existing home sales declined by 2.5% to 6.69 million in November. That was a sharp reversal from the 4.4% increase that was recorded in October. Further flash data showed that mortgage applications rose by just 0.8% last week after rising by 1.1% in the previous week.

Meanwhile, the personal consumption expenditure (PCE), which the Fed watches closely, declined from 0.2% to 0.0% in November. Personal income and spending also declined by 1.1% and 0.4%, respectively.

Therefore, the EUR/USD declined because investors are weighing the possible response to the weak economic numbers from the United States.

The daily chart shows that the EUR/USD is under intense pressure as traders digest the latest economic data from the US. They are also focusing on the problems in Europe, where a new strain of coronavirus is spreading.

The pair is trading at 1.2168, which is above the ascending trendline that connects the lowest levels in May and November.

It is also slightly above the important support level at 1.2000, which is both a psychological level and also the highest level in September.

The pair is also being supported by the 25-day and 50-day exponential moving averages. Therefore, in my view, the upward trend will continue so long as the price is above the support at 1.200. If it moves below that price, it will send a signal that there are still more sellers in the market. That will open doors for the pair testing the next support at 1.1800.