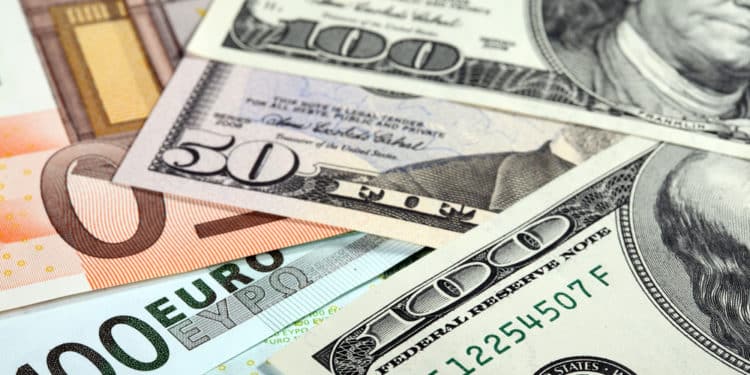 The EURUSD made a false breakout on Wednesday as the market reflected on the weak US housing numbers. The pair is trading at 1.1332, which is a few points below this week’s high of 1.1380.

The housing sector is an important one for the US economy. To a large extent, owning a home is seen as the American dream.

Data published this week revealed that the American housing market has started cooling down. On Tuesday, the closely-watched Case-Shiller October house price index rose by 18.4%. While this was a strong performance, it was the third straight month in which prices declined.

Still, home prices remain at record highs in many metropolitan areas in the US. For example, the median home price has risen to about $350k, helped by low interest rates and falling inventories. The prices also rose as the cost of building jumped because of the high lumber and labor prices.

Therefore, as the Fed changes tone on interest rates, analysts believe that 2022 will be a weak year for the property market.

On Wednesday, another set of data revealed that pending home sales declined by 2.2% in November after rising by 7.7% in the previous month.

The EURUSD also rose after the weak US trade deficit numbers. According to the Commerce Department, the country’s trade deficit jumped to a record high in November, signaling that the trade imbalance was widening. Imports rose by 4.7% while exports declined by about 2%.

Consequently, this trend led to a trade deficit of $97.8 billion. In October, the country had a trade deficit of about $87 billion. The increase in imports was likely because of the preparation for the holiday season by US retailers. Data published early this week showed that holiday sales jumped by 8% this year.

The EURUSD pair also made a false breakout because of the Omicron variant. The number of Covid-19 cases has jumped sharply in the past few days.

The US has been the worst-hit country. On Wednesday, the country reported a record 380k increase in the number of Covid-19 cases. Most of these cases were of the Omicron variant.

Sadly, the number of cases will keep rising in the coming days because of the interactions that happened during the Christmas season.

The same trend is happening in Europe. Countries in Europe like Germany, France, and Spain have reported a strong number of cases. And some analysts warn that the actual number of cases during the Christmas season was four times the reported one.

These numbers are troubling and will have an impact on the respective economies. However, a closer look shows that the number of hospitalizations and deaths has not increased dramatically.

Also, the increase and the disruptions will lead to higher inflation. Therefore, there is a likelihood that the Fed and the European Central Bank (ECB) will be more hawkish in 2022.

The three-hour chart shows that the EURUSD pair has been in a tight range in the past few weeks. Along the way, the pair has formed a horizontal channel that is shown in red. On Wednesday, the pair rose above the upper side of the channel and then quickly retreated, signaling that the jump was part of a false breakout. The pair is slightly above the 25-day moving average.

Therefore, the pair will likely remain in this range for a while and then have a bullish breakout in the coming week.