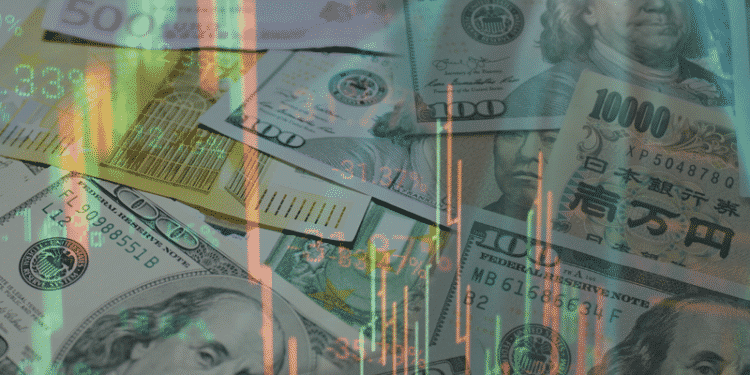 The US dollar started the week on a front foot powering to two and half week highs as the majors weakened across the board. The dollar strength comes at the backdrop of growing optimism that rising inflation will force the Federal Reserve to hike interest rates.

The expectation that the FED will embark on asset tapering also continues to fuel dollar strength. The dollar index, which measures the greenback, has already powered through the 94.00 handle, affirming dollar strength across the board.

Consequently, the USDJPY upward momentum has gathered steam, with the USDJPY powering high on finding support above the 114.20 level. With the bulls in firm control, the pair looks headed to a yearly top around 114.70, a crucial resistance level.

A rally followed by a close above the 114.70 resistance level should pave the way for the pair to make a run for the 115.80, the next substantial resistance level. On the flip side, the 113.30 is a crucial support level above which USDJPY remains well supported for further upside action. A pullback followed by a close below the 114.20 level could pave the way for the pair to slide to the 113.30 level.

The bullish bias on the USDJPY has been fuelled by Japanese yen weakness. The yen has lost its allure as a safe haven following a strong showing by the ruling party in Japan’s weekend election, which eased concerns about the new premier Fumio Kishida’s popularity.

While the Liberal Democratic Party was projected to retain fewer seats in the powerful lower house that was not the case. The party won majority seats, all but easing concerns that had fuelled demand for the yen as a safe haven amid political uncertainty.

With Kishida in full control, expectations for a new wave of stimulus are on the cards, which can only fuel further weakness on the yen. Economic powerhouses are in the process of tapering accommodative monetary policies. The US, which is expected to start tapering before year-end, has already seen an uptick in dollar demand.

The prospects of the FED tapering in the US were further affirmed last week on the US Core PCE Inflation data remaining firmer at about 3.6%, against an expected 3.7%. The performance has bolstered the case for the FED to reduce accommodative stimulus policies in a bid to clamp down on the runaway inflation.

The FED moving to taper is not the only factor that continues to drive dollar strength against the yen, consequently pushing USDJPY to three-year highs. Rising US treasury yields have seen traders shun the yen in favor of yields, all but lower the yen against the greenback. The US 10 year yield has already stabilized above the 1.55%.

However, the dollar strength against the yen could be curtailed by escalating tension between the US and China. With tensions skyrocketing between the two economic powerhouses, demand for safe havens of which the yen is one of them is likely to increase, which could curtail upside action on the USDJPY.

Meanwhile, the EURUSD pair remains under pressure after suffering its biggest fall in months, to lows of 1.1550. The pair has been hurt by the European Central Bank turning out dovish last week at a time the FED is expected to turn hawkish on asset purchases and rate hikes.

The pair remains susceptible to plunging to three-week lows of 1.1526 as bears remain in firm control amid dollar strength. Failure to hold on to gains above the 1.1600 level has paved the way for bears to fuel another leg lower.