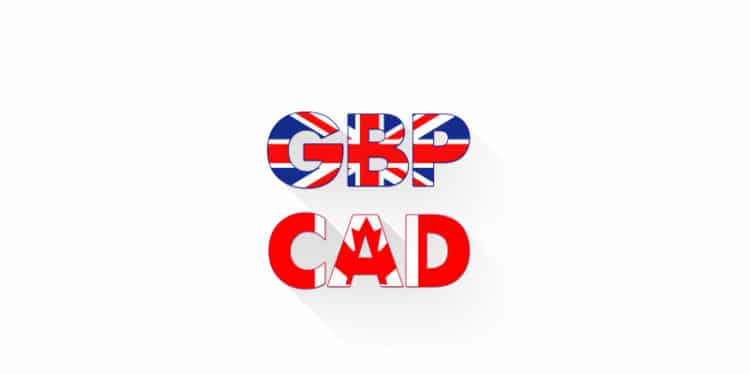 The British pound rose by 3.4% from December 11, 2020, to settle at 1.7460 on February 3, 2021. The pound overcame sharp volatility amid news that the UK was negotiating entry into the Comprehensive and Progressive Trans-Pacific Partnership (CPTPP). The UK had earlier signed another trade deal with Canada worth £20 billion ($35 billion) in 2020. The post-Brexit trade deal is meant to reinforce business relationships between the two countries.

May 2019 saw Canada’s unemployment rate reach an all-time low of 5.40% before it reached a record high a year later at 13.7%. From a population of 38.01 million, the participation rate of the labor force is 64.90%. This number shows that Canada has a lot to gain from the UK trade deal. Goods exported from the UK to Canada include electric cars and sparkling wine.

The TPP trade deal would give the UK access to exotic markets such as Mexico, New Zealand, Malaysia, Canada, and Vietnam. The partnership is worth £9 trillion, with the UK industries assured of cut tariffs, especially for food, drinks, and vehicle businesses. Additional opportunities are expected in the technological services. The deal also gives autonomy to the UK regarding maintaining its laws, financial instruments, and boundaries.

The UK’s trade with the CPTPP countries in 2019 was worth £111 million, representing an 8% growth since 2016. This deal’s significant gains include decreased tariffs on whisky exports to Malaysia from 165% to 0%. While the UK-Canada trade deal is supposed to rake in benefits in 2024, the UK’s car exports to Canada under the CPTPP would be reduced to 0% by 2022.

Apart from high savings, household debts have also risen in Canada to 110.97% of Q3 2020. The deficit in the second quarter of 2020 stood at 106.16% of the GDP. Additionally, the economy grew at 8% into 2021 (3.5% more than the 4.5% projected by the Bank of Canada). The Bank’s interest rate of 0.25% is likely to be increased in 2021 as the government seeks to anchor the country’s economic situation. If Canada raises interest rates ahead of the UK, we will have a slight tilt of the GBP/CAD trading pair in favor of the Canadian dollar into 2022.

The Canadian dollar is looking to overpower the British pound with the 14-day RSI at an oversell position at 32.159. The holding pattern just before the British pound breaks out indicates that the trading pair may experience less volatility in 2021.  The 14-day ATR supports this view with a record of 0.0018. The 200-day SMA gives new support at 1.7489 while the EMA is at 1.7484.

Positive trade news in the UK may drive the trading pair to the 1.8100 range, while Canada’s rising interest rates may lower the base to the 1.7100 trendlines.

Market Optimism Overshoot and What to Do About It

They say expectations drive the market. We’ve seen risk assets growing lately, along with ever-improving economic data from the US. ...

The US dollar has been hit by negative oil prices. The BoE announced plans to set up digital currency managed by...

USD/NOK Could Drop by 0.55% as the Dollar Sell-Off Intensifies

The USD/NOK price dropped to the lowest level since April 2018 as the US dollar intensified. The rebounding crude oil...

Upbeat data from China and the US is supporting a risk-on sentiment in the market.The resulting economic optimism pushes the...