GBPUSD Bulls Under Pressure Near 1.3800 After Hawkish BOE As Oil Prices Tank 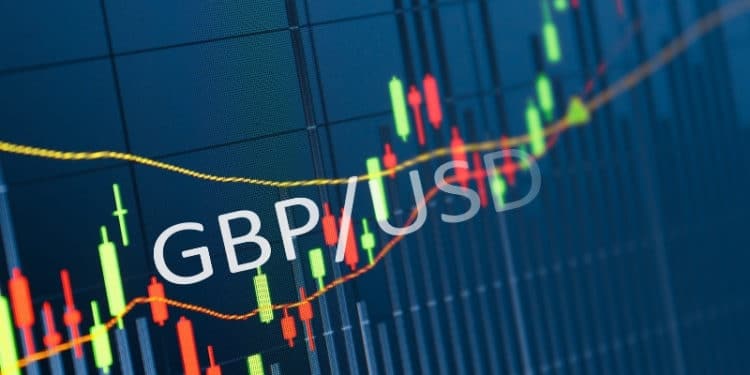 Hawkish comments from the Bank of England have done little to avert a sell-off of the British pound. The GBPUSD remains under pressure, having plunged to a critical support level amid dollar strength heading into the weekend.

A breakout followed by a close below the 1.3800 would reaffirm the emerging sell-off in the GBPUSD.

Bulls have defended the 1.3800 for the better part of the week, waiting to see if they have what it takes to prevent a support level breach. On the flip side, finding support above the 1.3800 level enhances the prospects of the pair bouncing after recent weakness.

Expectations of possible reductions in quantitative easing in the UK should continue to provide GBP with much-needed support to avert a further slide lower. With two MPC members seeing the Bank of England forward guidance condition around tightening, there is a high possibility of the British pound strengthening and fending off any dollar strength.

However, increasing concerns about the spread of the Delta variant are already fuelling demand for safe-havens which could see the dollar strengthening further and sending the GBPUSD pair lower.

Amid the pound’s resilience against the dollar at a critical support level, it continues to strengthen against the euro. Although, after finding support above the 0.8500 level, the EURGBP is seen correcting higher.

The euro remains on the defensive against the sterling in the aftermath of stronger UK CPI data that has fuelled suggestions that the UK may start tapering to avert runaway inflation. The pound looks set to continue strengthening against the euro as talk about the BOE moving to ease inflation with tightening of monetary policy gathers pace.

On the other hand, oil prices are headed for the worst week since March, with the $70 a barrel level in focus after the recent pullback. A spike in COVID-19 cases is one of the factors that have driven oil prices lower from three-year highs of $76 a barrel. The uncertainty over an OPEC deal to boast supply has clouded the black gold short-term outlook, all but fuelling the sell-off.

Oil prices have come under pressure after climbing to three-year highs in seven of the previous eight months. Prices have since dropped near the $71 a barrel level after closing at the lowest level in the month.

US stocks tumbled following FED chair testimony to the senate, sending all the major indices lower. Tech heavy Nasdaq fell by as much as 1.27% as the S&P 500 also came under pressure and tumbled 0.74%. The Dow was also down by 0.24%.

All the major indices snapped a winning streak edging lower. However, they continue to flirt with record highs. The sell-off in the equity markets comes amid growing concerns that the runaway inflation could force the FED to move with speed and start tightening monetary policy.

The losses in the equity markets also came on the Federal Reserve Chair Jerome Powell reiterating that inflation was uncomfortably higher, above the desired FED levels.

In the cryptocurrency market, Bitcoin woes are showing no signs of fading away after failing to find support above the $33,000 level. The BTCUSD pair has since plunged below the $32,000 level, approaching the $30,000 level, given the strength of the downward pressure.

While BTCUSD did bounce back after plunging to three-week lows of $31,107, the crypto is still under pressure and could edge lower further.