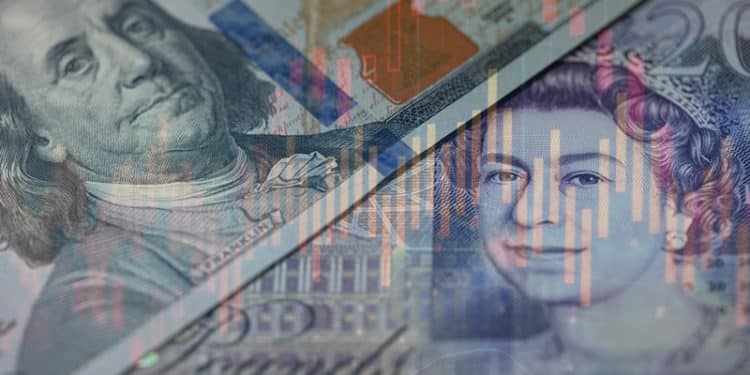 The GBPUSD pair’s ascent continued on Thursday, as negative US dollar sentiment overshadowed political uncertainty in the UK. At 0636 GMT, the pair was trading at 1.3739, the highest price since October 29th.

US inflation data fails to lift the dollar

As per the data released by the US Labor Department, the December Consumer Price Index (CPI) rose by 0.5% from November. The year-on-year data showed that the 2021 inflation was 7% above the 2020 figure. With that rise, the US experienced its highest annual rise in inflation since 1982.

The inflation data was largely in line with consensus estimates of a CPI gain of 0.4% for December and 7.0% on a year-on-year basis.

Nonetheless, the CPI data was a disappointment for US dollar bulls, considering the downward pressure caused by Fed Chairman Jerome Powell’s statement on Monday. Markets largely interpreted Powell’s statement as “less hawkish” as he hinted at possible delays in interest rate hikes. Nonetheless, the strong CPI inflation makes a strong case for the commencement of interest-rate hikes as soon as March.

The UK political environment is gathering a storm, following a damning revelation against British Prime Minister, Boris Johnson. Johnson faces a backlash at home, regarding a party he attended during the country’s first lockdown in May 2020. The Premier has since admitted wrongdoing and apologized, amid growing calls for his resignation.

Despite the uncertain political situation in the United Kingdom, the pound held on firmly against the dollar. However, the market is likely to develop a negative sentiment against the pound if the situation escalates.

The UK energy crisis could catch up with the pound

The UK’s energy crisis continues to threaten the living standards of millions of households. This could have an effect on the uptake of other consumer goods in the coming days. It could get worse for the British economy if claims by the country’s largest energy company’s boss are anything to go by.

So far, analysts estimate that household gas prices could rise to £2,000. According to Centrica’s boss, Chris O’Shea, the situation could drag on for up to two years. The ripple effect of high energy prices on the British economy could soon grow substantially, to the detriment of the pound.

Of immediate concern for investors on Thursday, will be the US initial jobless claims data. Market estimates have forecast the figure to come in at 200k. A higher figure could exacerbate the bearish sentiment around the dollar and possibly increase downward pressure.

The GBPUSD pair is edging up, driven by strong market momentum. The RSI is currently at 73 and well above the 14-day SMA. Notably, the price is currently above the 200-MA, underlining the bullish sentiment.

Based on the current momentum, the price is likely to rise to the first resistance at 1.3784. A rise beyond that point could see the bulls set the next target at 1.3840. However, if the price falls to 1.3687, it could negate the bullish assertion. A break below the second support at 1.3631 could signal a reversal.