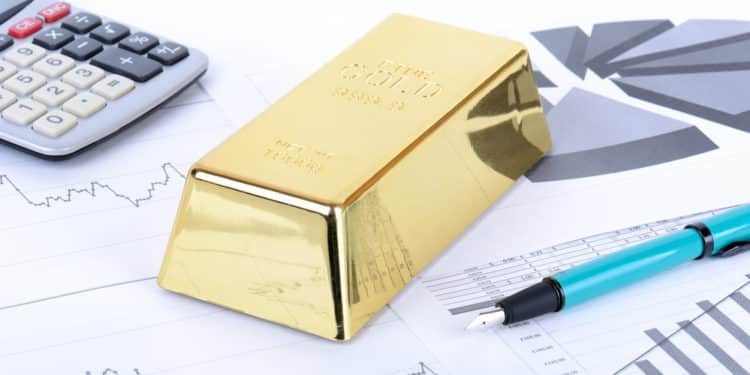 The remarkable gold price bullish rally has faded ahead of major events from the United States. The metal is trading at $1,845, which is a few points below this month’s high of $1,875. It is still about 10% above the lowest level in August this year.

Gold and other Federal Reserve-sensitive assets will be in the spotlight this week as Joe Biden nears his decision on the next Fed chair. According to the White House, the President will announce his choice this week.

There are two scenarios in this decision. First, Biden can continue with the pre-Trump tradition for letting Fed chairs complete their two terms. Trump ended this long-standing tradition when he nominated Jerome Powell as a replacement for Janet Yellen.

The alternative scenario is where he appoints Lael Brainard to become the next chair. His decision will not satisfy all Democrats. On the one hand, progressives like Elizabeth Warren believe that Powell should be replaced because of his stand on regulations. Most moderate Democrats, on the other hand, are in a camp that is supporting Powell.

The Fed is an important institution that has an impact on the gold price. For one, it is the agency tasked with printing money, setting interest rates, and implementing policies like quantitative easing.

In Powell’s tenure, the gold price has jumped by more than 60%, helped by his dovish policies. While Powell hiked interest rates in 2018, he started winding down the policy in 2019 and continued with the same program in 2020.

US economic data ahead

In addition to the Fed chair decision, the gold price will react to several important economic numbers from the United States this week.

The most important one will be the second estimate of US GDP data that will come out on Wednesday. Based on the first estimate, analysts believe that the country’s economy expanded by 2.1% in the third quarter. This will be a sharp decline compared with the previous growth of about 5.7% in the second quarter.

The US will also publish the closely-watched personal consumer expenditure (PCE) data on Thursday. This is an important inflation measure that is closely watched by the Fed. Analysts expect that the data remained at the highest level in more than 30 years in October as prices rose.

Inflation data published earlier this month showed that prices have been in a strong bullish trend. For example, the headline consumer price index (CPI) data rose to 6.2% in October while core CPI rose to 4.2% in the same period.

Other important data that will have an impact on gold prices are US durable goods order numbers and the latest flash manufacturing and services PMI numbers.

The daily chart shows that the gold price has been in a bullish momentum lately. Recently, the metal’s price managed to move above the key resistance level at $1,835. It had struggled to move above this price several times before.

Now, it is attempting to retest the level, which is known as a break and retest pattern. It is also above the 25-day and 50-day moving averages. Therefore, gold prices will likely keep rising as bulls target the key resistance level at $1,900.