Paul Tudor Jones: The Greatest Traders and Investors in History 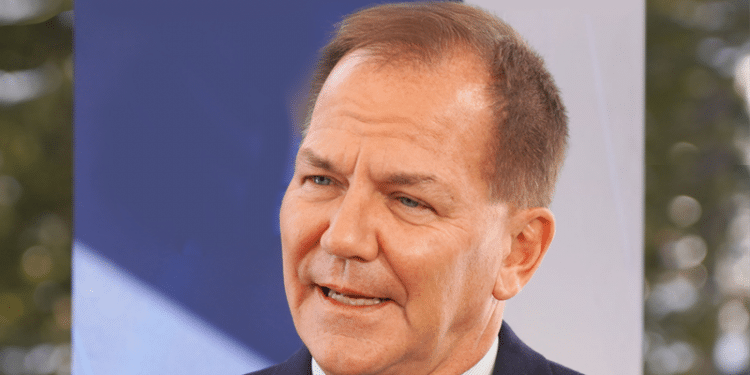 Who is Paul Tudor Jones?

Born on September 28th, 1954, Paul Tudor Jones is an American conservationist, philanthropist, and billionaire hedge fund manager. He is the founder of the Tudor Investment Corporation Hedge fund which began operations in 1980. He also founded the Robin Hood Foundation, a charitable organization that focuses on reducing poverty. From his humble beginnings in Memphis Tennessee, Jones earned a bachelor’s degree in economics in 1976 from the University of Virginia.

After graduation, Jones’ first foray into the financial world came when he joined the New York Cotton Exchange and traded cotton futures. Years later, Jones became the treasurer of the company in 1986 and then served as chairman from August 1992 to June 1995.

After becoming a commodities broker for E.F Hutton & Co. at 24 years old, he founded the Tudor Invest Corporation 4 years later in 1980. The Tudor Group consists of the Tudor Investment Corporation and its affiliates. It is involved in investing, active trading and research across asset classes such as fixed income, equities, currencies, and commodity asset classes in global markets for a clientele that stretches across the world. The Tudor Group uses discretionary equity long/short, quantitative global macro, discretionary global macro, quantitative equity market neutral, and growth equity as its main investment strategies. As of June 30, 2019, The Tudor Investment Corporation manages $7.8 billion.

In 2012, several reports claimed that Paul Tudor Jones, along with other investors such as Timothy Barakett and Glen Dubin were purchasing is Dreyfus Highbridge Energy (“LDH Energy”), a merchant energy operation. The group had purchased the company from Highbridge Capital Management and Louis Dreyfus Company and renamed it as “Castleton Commodities International LLC”

Forbes Magazine reported that Paul Tudor Jones had an estimated net worth of US $5.3 billion. This made him the 7th highest-earning hedge manager and the 343rd richest person on the Forbes 400 list.

Paul Tudor Jones Executed his greatest trade ever in the fall of 1987 in the midst of one of the most perilous market conditions ever encountered. This was a time when the world’s securities markets were on a collision course with one of the most unforgettable moments in United States History. Peter Borish, who was Jones’ chief economist and trusted apprentice, devised an analog model showing the similarities of the then securities market with those of the late 1920s.

This was confirmed on Friday, October 16th, which was the last trading day before Black Monday, when the stock market established a record volume on the downside. This was exactly the same case on October 24th, known as Black Thursday which was the start of the Great Crash.

Because of Jones’ prior experience, he knew exactly what effect widespread equity-index derivative exposure has on a market collapse. On the subsequent Monday Morning, Jones went ahead and sold short S&P Index futures. On the other hand, dealers of portfolio ensuring derivatives sold futures on every downward tick.

As the day wore on, Jones began to cover his huge short positions. The market staged an afternoon rally as Jones rode the crash straight into a long equity-futures position.  In addition to using the S&P index futures to profit, Jones assumed his biggest bond position.  When markets collapse, bonds do not respond the way they should. At the end of Black Monday, when bond prices began to rise, Jones’s Tudor Futures Fund rose by almost 62 Percent in October 1987.  Jones’ personal take-home pay that year was approximately $80 million, while his clients got a 201 percent profit after fees.