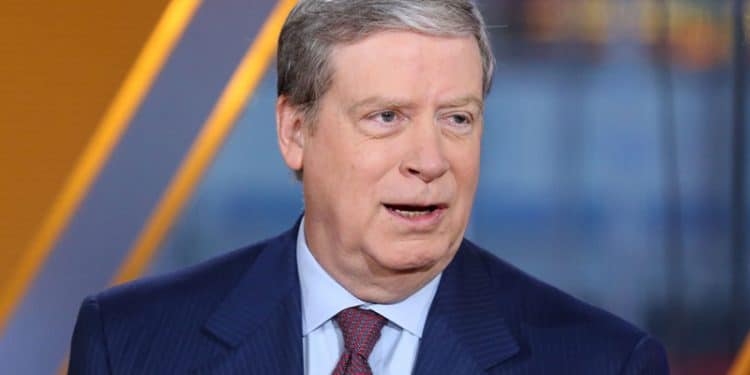 Who is Stanley Druckenmiller?

Born on June 14th, 1953, Stanley Freeman Druckenmiller is an American philanthropist, investor, and hedge fund manager who is the former Chairman and President of Duquesne Capital.  At the time of its closure in August 2010, the firm has assets worth $12 billion. Druckenmiller also achieved fame when he managed money for famous investor George Soros as the lead portfolio manager at Quantum Fund.

Having come from a middle-class background, Druckenmiller’s first foray into the world of finance began as a management trainee at Pittsburgh National Bank in 1977. It just took him a year to become the head of the bank’s equity research group. He founded his own firm, Duquesne Capital Management in 1981.

He was appointed a consultant to Dreyfus in 1985 when he used to alternate staying between New York and Pittsburgh.  In 1986, he moved to Pittsburgh full time after becoming the head of the Dreyfus Fund. He also maintained the management of Duquesne during this tenure. Another career highlight of Druckenmiller includes replacing Victor Niederhoffer at Quantum Fund. It was during this time with investor George Soros that made over $1 billion in profits, in an event known in history as “Black Wednesday”.

In 1992, Druckenmiller was the main architect behind George Soros’ shorting of the pound, which made a profit of $1 billion and forced the UK to leave the EER. Druckenmiller spotted that the Bank of England could not support the pound enough as it had a foreign currency reserves dearth, which would make it impossible to for them increase interest rates.

After taking significant losses in technology stocks, he left Soros in 2000 to concentrate exclusively on Duquesne Capital. In 2010, after succumbing to the pressure of simultaneously managing an enormous amount of capital and maintaining one of the best trading records in the industry, Druckenmiller announced the closure of his hedge fund. When he announced his retirement in August, his funds were down only by 5%. As of January 2017, his net worth was approximately $ 4.4 billion.

Stanley Druckenmiller’s top trade was during 1989, at a time when he was the head trader for the Quantum Fund, headed by George Soros. Druckenmiller had a hunch that the Deutschmark would become stronger in the days ahead because of the major political events such as the crumbling Berlin Wall as well as the impending German reunification.

The currency was currently in a position that was deemed to be too excessive by Druckenmiller. After studying the strength in the economy and realizing the potential miscalculation, Druckenmiller betted several million dollars on the Deutschmark to rally. Following George Soros’s support, after he approved of Druckenmiller’s vision, this amount increased to $2 billion dollars. They thought that the forecasts were harsh and the future was brighter than what most others expected. The initial bet of Druckenmiller brought in returns of 60%.

Druckenmiller again saw an opportunity to bet on the Mark once again when Soros battered the Bank of England.  He assumed that the pound would drop and began buying up British stocks. When the pound eventually did drop in value, exports increased. Druckenmiller then bought up German bonds which he correctly guessed would attract other investors during the Pound’s fallout. As a result, he earned an additional $1 billion during this time.

Druckenmiller’s trading approach relies on betting big when the right opportunity presents itself. This approach is similar to a lot of other legendary traders such as Soros, Bruce Kovner, and Buffet. He puts emphasis on the importance of optimizing one’s success and measuring them. He also advises traders against over-leveraging.

Traders also have to be careful while using valuation as the main determinant for entry into the market. According to Druckenmiller, Technical analysis and liquidity are the two most significant facts in trading. One can use valuation to inspect how far the market may move. However, liquidity is the main force behind market movements. One can only detect correct liquidity by conducting comprehensive technical analysis.

Stanley Druckenmiller’s Trading principles are explained in the following points.

Paul Tudor Jones: The Greatest Traders and Investors in History