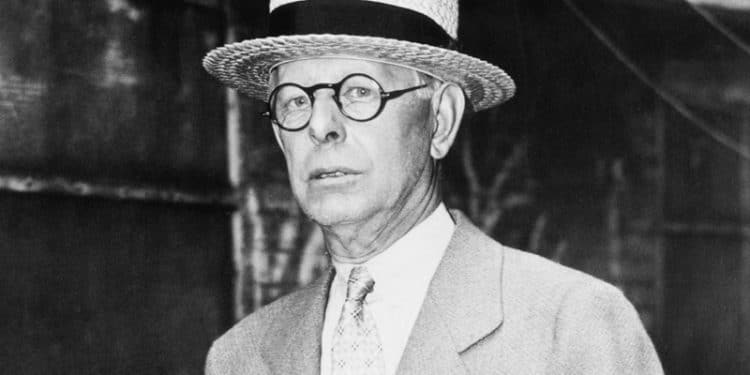 Who is Jesse Livermore?

Born on July 26th, 1877, Jesse Lauriston Livermore was a famous American stock trader who many consider, a pioneer of day trading. Having been one of the richest people in the world at one point, some of his most famous trades include taking short positions before the San Francisco earthquake of 1906 as well as The 1929 Wall Street Crash.

Coming from a poverty-stricken family, Livermore moved to Acton, Massachusetts as a child. After gaining a reputation after trading at bucket shops, he began his career as a full-time trader at the age of 16. One of his first wins came in 1901 when he was just 24 when he turned $10000 worth of Northern Pacific Railway stock into $500,000.

During the panic of 1907, a number of short positions that Livermore took, earned him $1 million in a single day. However, he was requested to stop further short selling by his mentor, J.P Morgan. He also secretly cornered the cotton market following the end of World War 1, which was stopped only when President Woodrow Wilson intercepted.

Using more than 100 stockbrokers, Livermore amassed a huge short position in early 1929. Even though he was down by $6 million on paper by the spring, he netted an approximate $100 million during the Wall Street Crash of 1929. Several newspapers at the time declared “the great beat of wall street” after which the public started blaming him for the crash, upon which he received death threats.

The trade that sealed Jesse Livermore’s fame as a top trader happened during the 1907 Panic which lasted a three-week period starting from mid-October. It was during this time that the New York Stock Exchange fell by almost 50% from its previous year’s peak. As a result, this generated a massive amount of panic at the institutional level.  The government conducted numerous runs on banks and trust companies throughout this time of economic recession.

It was during this panic that Jesse Livermore capitalized on the fear and panic experienced by the banks of New York. After being convinced that the market was overvalued, had began taking short positions on various stocks. Reports at the time indicate that J.P Morgan himself warned Livermore that he would be responsible for the market’s collapsed if he continued trading. By this point, Livermore had made $250,000, which is an estimated $5 million in today’s market.

Jesse Livermore’s trading rules still apply in today’s market, despite the change in times. The price patterns at which he looked still have relevance today. To understand his trading principles, we first have to take a look at the price patterns he traded, as well as his timing indicators and rules.

Livermore considered any deviations from these patterns as warning signals. He advises traders to take any unrealized profits if deviations are confirmed by price movements back through pivotal points.