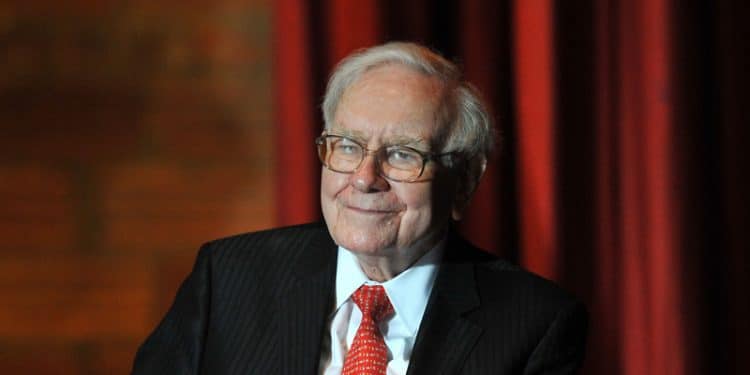 Who is Warren Buffett?

Known as the “Oracle of Omaha”, Warren Buffett is an American investor, business tycoon, and philanthropist. Born on August 30, 1930, in Omaha, he was the son of a U.S. Congressman. One of the most successful investors of the world, Buffett is the chairman and CEO of Berkshire Hathaway that owns over sixty companies including battery maker Duracell, insurer Geico and restaurant chain Dairy Queen.

Buffett bought his first stock when he was 11 and filed his first taxes at age 13. In 2009, he launched the Giving Pledge with Bill Gates and asked billionaires to donate half their wealth to charitable causes.

So far, he has donated over 41$ billion and he is committed to donating more than 99% of his wealth. Warren Buffett made the Forbes lists as the 16th most powerful people in 2018, the richest person in every state in 2019, and the fourth richest billionaire in 2020.

Coca-Cola: Warren Buffett purchased his first Coca-Cola stock in 1988. He owns 9.5% shares of Coca-Cola and paid $1.3 billion for the shares, which is equivalent to a current market value of about $18 billion which is almost a 1300% increase. With this investment, Berkshire gets paid $650 million per year and annual dividends have been increasing annually for the last fifty years consistently.

Bank of America: The enormous 9.3% stake of Berkshire in Bank of America followed the great recession in 2008. Warren Buffett invested $5 billion on this struggling bank and purchased the shares at $7.14 per share. It was a much-reduced price than the standard trading price at that time which was $26.99. When the bank grew back to its pre-recession heights, Buffett’s market value in BofA grew to $26.7 billion. It was an extremely successful investment.

Apple: Buffett’s company Berkshire Hathaway currently owns about 5% of the second richest company in the world Apple. He began to purchase the Apple shares in 2016 and since then, he has bought more shares every quarter. Since the first purchase, around 25% of gains were coming in. In spite of Apple’s declining hardware sales, Buffett is firm on his belief about the stickiness of the company, which is the ability to be relevant in everyday consumer life for many upcoming years.

Amazon: Berkshire Hathaway bought a stake in Amazon.com recently. One of Buffett’s two lieutenants, Ted Weschler or Todd Combs started the first position in the first quarter in 2019 and then added more shares in the second quarter. It was not a typical Buffett stock, but the purchase was definitely a wise move, considering the high price and price to earnings ratio. Amazon has been the dominant leader in e-commerce for the last 25 years and it has become a huge company including hardware, music, streaming, and more. Only its core delivery service controls 50% of the US market share. Moreover, the subsidiaries like Amazon web services also dominate in their fields. Although it is too early to call it a great investment, yet it is full of potentials to be one of Buffet’s greatest investments.

Warren Buffett is a successful name when it comes to trading and investment. So, his trading principles and investment tips are valuable for any trader and investors. Some of his greatest tips include:

Invest in what is familiar to you

The best way to avoid mistakes is by not getting involved in overly complex investments. Most of us have experience in only a handful of sectors. However, we have a strong grasp over how these specific markets work and who the best companies are in the industry. So, while trading, we should cover the fields familiar to us and avoid areas we know nothing about. Especially, it is important to avoid companies and industries that are too difficult to study and understand. This is why Buffett has always avoided investing in the technology sector.

Do not compromise on the quality of business

You should always focus on high-quality companies that have promising long-term opportunities to grow continuously. From his personal experience, Buffett came to know that there is no meaning of approaching businesses with a long-term poor performance unless you are a liquidator, even if you get the shares at a cheap rate. Those companies most likely will continue to earn low returns.

Hold a stock forever once you buy it

Once you have purchased a high-quality business at a reasonable price, you should plan to hold it forever. Warren Buffett has a buy-and-hold mentality and some of his positions are held by him for decades. You must know that it is difficult to find a quality business that earns high returns and increase in value consistently. Moreover, the more you buy and sell stocks constantly, it eats away the returns in the forms of trading commissions and taxes. So, it is best to buy and hold.

Avoid too much diversification

According to Buffett, diversification can be dangerous. Generally, individual investors can gain the most benefits of diversification if they own twenty to sixty stocks within several different industries. However, many mutual funds have hundreds of stocks in their portfolio. If you follow Warren Buffett’s approach, you will see that he is the exact opposite. He believes that it is impossible to keep tabs on all current events impacting the companies if one owns hundreds of stocks. If you own more than sixty stocks, then it would be better to cut your portfolio down so you can focus on the highest-quality holdings.

Warren Buffett has shared a lot of his valuable thinking with the world that can improve trading. Apart from the ones mentioned above, he also advises traders to learn the difference between price and value. Moreover, you need to keep in mind there is no easy button in investing, and the best moves are always boring or painful. Lastly, before you act upon any financial news, take a moment to determine if the piece of news truly impacts you.