The History of Forex Trading From the 1940s Until Present 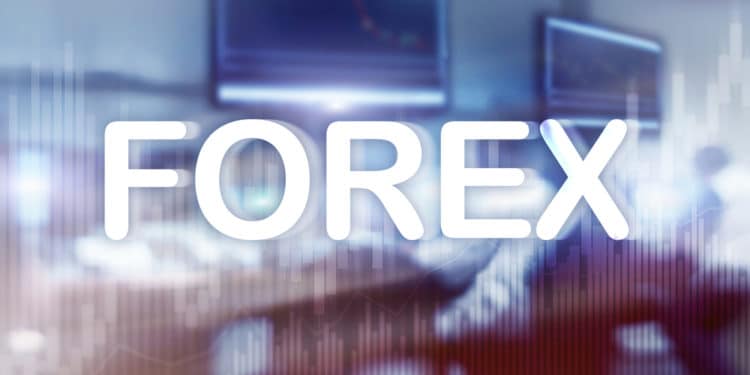 It’s interesting to realize foreign exchange has technically existed since the dawn of humankind. The need to trade currencies globally is prominent, hence why this market’s liquidity surpasses many other instruments significantly.

Of course, computers and trading platforms never existed hundreds of years ago, though the purpose of essentially swapping different units of value has long been around. Historians trace foreign exchange to the Greeks and Egyptians more than two millenniums ago, who used silver and gold coins to trade.

Fast forward to 1875, when the gold standard came into the picture, a then-revolutionary concept for countries to mint their currencies according to the amount of reserved gold. The two most important periods for shaping the present-day forex market we know are 1944 and 1971, with the beginning and end of the Bretton Woods agreement, respectively.

This article will cover these phases and the metamorphosis through the rest of the 90s until now.

When exactly did the present forex market start?

As briefly mentioned, some form of global currency trade-off has existed for millennia. However, most researchers agree a proper forex market technically started in 1944 after the Bretton Woods agreement.

This event was a negotiation amongst delegates from 44 allied nations in the Bretton Woods Conference, named as such since the meeting took place in Bretton Woods in the United States.

This gathering aimed to create a new international monetary system after World War II. In short, the Bretton Woods agreement stated the US dollar would be pegged to gold at $35 per ounce, while other currencies would be tied to the value of the dollar.

Effectively, it was still the gold standard of the previous years, except all currencies were linked to the US dollar rather than being individually pegged to gold. In simpler terms, the US dollar became the global currency or what some might call a ‘US dollar standard.’

This agreement was in place for almost three decades until President Richard Nixon ended the plan in August 1971.

Among many reasons, Nixon abolished the policy due to stagflation (resulting in low economic prosperity) and the challenges of meeting the increasing demands by printing more US dollars with the equivalent amounts of gold.

For the first time in history, individual currencies were not going to have any correlation with gold.

The aftermath of the gold standard ending

After the end of the gold standard, there was still some turmoil within foreign exchange a few years later. 1973 is the year which central banks gradually moved from fixed exchange rate systems, which was what the gold standard was.

When it was abolished in 1971, currencies still had to be valued against something else. From 1973 until the late 90s, most developed nations slowly transitioned from fixed rates into floating rates.

A fixed exchange rate is purposefully pegged in some way to the value of another currency, while a floating rate is determined purely by supply and demand from the private and public sectors. This transition was influential in shaping the forex market over the next few decades.

Gradually, the powers adopted monetary policies to stabilize currencies, with the majority of the exchange rate determinants being supply and demand. During the 70s and 80s, forex trading was only limited to financial institutions through telephone, inter-dealer voice brokers, and telex.

Regular organizations and individuals needed to have relationships with banks and the like. Of course, trading was nothing like what came in the 90s and beyond, and technological advances were not made yet.

Furthermore, forex was still heavily regulated and centralized, unlike now, where regulation and centralization aren’t as strong as previously.

The transition from institutional to retail trading in the 90s

1996 is recognized as a pivotal year for retail spot forex due to the greater introduction of electronic trading platforms and web technology. However, the seed of this invention began in the 80s when Reuters created a dealing platform for financial institutions to liaise with one another electronically for trading purposes.

In the early 90s, Reuters enhanced their previous invention into what they called Matching, which sought to take voice brokering into a screen-based system. Soon, customers could access this platform themselves without inherently maintaining a relationship with their respective financial organizations.

As time went on, greater efficiency was necessary as things eventually transitioned into the home-based trading software we currently have created by banks and other developers. Liquidity also began to be sourced less from the interbank and more in a decentralized manner through the introduction of ECNs (electronic communication networks).

Matchbook FX is recognized as the first ECN formed in 1999, which ushered a whole new generation of trading networks and matching engines that provided millisecond-quick quotes and execution.

Will forex trading ever cease to exist?

One of the concerns for many forex traders is whether trading forex will last indefinitely. At its core, foreign exchange facilitates international trade, and having a currency is necessary for any citizen.

Moreover, cryptocurrencies are the new kid on the block, effectively working to phase out paper money outright into more digital forms gradually. Fortunately, forex is unlikely to be obsolete in the next few decades for numerous reasons.

Firstly, currencies are an essential part of how people use money in their everyday life domestically and multi-nationally. While crypto is becoming increasingly popular, it is nowhere near mainstream adoption. More importantly, it would take a fundamental shift of central banks and governments to switch before trading forex becomes less prominent.

Thanks to technology and the democratization it provided, the wonderful forex market is now accessible to a much broader demographic and will hopefully continue to do so in the future.