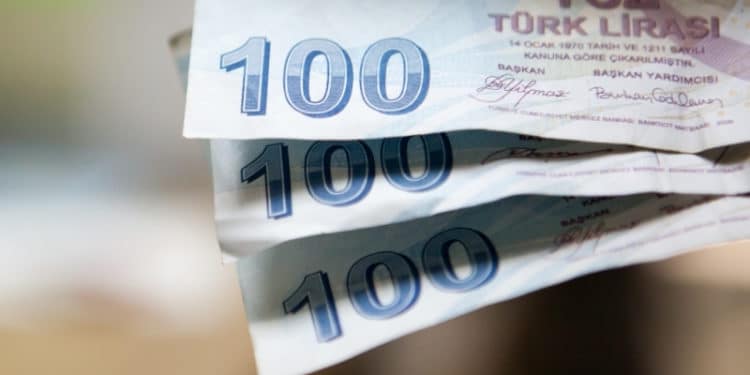 The financial market was a buzz of activity at the start of the week, with the Turkish lira the center of attention in the aftermath of President Recep Tayyip Erdogan’s decision to fire the country’s central bank head Naci Agbal. The focus was also in China, as the central bank reiterated the need to focus on supporting economic growth.

A standoff between the UK and Europe over coronavirus also threatened to rattle the financial markets as the two economies try to bounce back from the pandemic’s disruptions. The US dollar remained firm against the majors receiving support from yields near 14-month highs across the Atlantic.

The Turkish lira tumbled by more than 14% early Monday morning as the market digested President Erdogan’s move to fire the CBK chief. The central bank chief was let go barely a week after he raised interest rates to counter soaring inflation.

The tumble had a ripple effect, with Japan’s Nikkei slumping by more than 2%. The tumble came as many Japanese retail traders are believed to own significant long positions in the embattled lira.

Likewise, Nikkei tumbled as traders moved to cover their long positions on the lira by drawing in some capital in selling equities in local markets. While other Asian markets traded higher, it’s becoming increasingly clear that the Lira implosion will not have a significant impact on high-yielding emerging markets.

The Chinese yuan continues to hold firm against the US dollar near two-week highs in the aftermath of PBOC governor Yi Gang, reiterating that some monetary policy is needed to accelerate economic growth. According to the governor, monetary policy remains in normal range with sufficient room to provide liquidity.

Likewise, the country’s vice-premier Han Zheng has confirmed plans to increase high-quality imports highly needed to accelerate economic recovery. The announcement has helped the Chinese yuan stem dollar strength, which has continued to pile pressure on the majors.

In Europe, the euro was still searching for direction as the European session got underway, with the British pound slumping back to two-week lows against the dollar. The EUR/GBP pair rose to two-week highs as the pound remained under pressure amid reports that the EU was set to block exports of AstraZeneca vaccine and ingredients to the UK.

Tensions have been boiling in recent weeks following the failure of the two economic blocks to reach a substantial trade agreement as part of the long-running Brexit talks.

With the UK one of the success stories in the vaccination drive, it is at risk of letting go of the gains achieved in recent weeks on the EU blocking highly needed vaccines to combat the pandemic. UK Prime Minister Boris Johnson was poised to speak to his EU counterparts later in the week to try and avert an export ban that will be catastrophic to the UK.

The COVID-19 vaccine standoff continues to rattle the sterling, which is under immense pressure against the euro, which appears to have firmed against the dollar. Vaccine supplies are crucial if the UK is to avoid sliding back into lockdown measures. In Germany, Chancellor Angela Merkel is already proposing extending certain existing curbs to April 18 as the country battles an upward curve of COVID-19 infections ahead of the Easter holiday.

Across the Atlantic, the US dollar continues to hold firm against the majors, having skyrocketed to three-month highs in recent weeks. The dollar strength was affirmed by FED CEO Tom Barkin reiterating that the US economy will experience a strong spring and summer as COVID-19 disruptions continue to fade away.