US Dollar Index (DXY) Forecast: On the Brisk of a Bullish Breakout 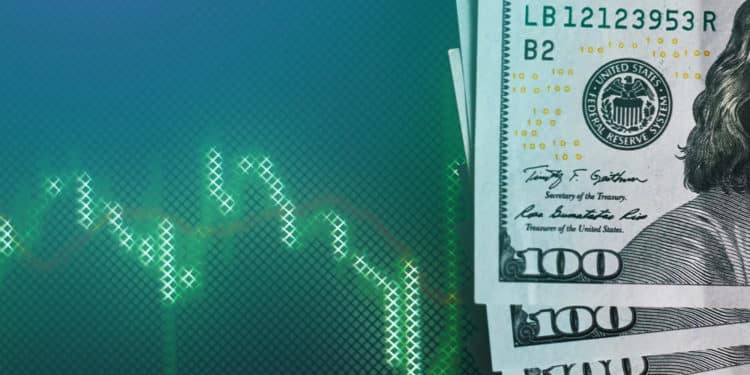 The US dollar index (DXY) held steady on Friday morning as investors reflected on the relatively mixed economic data from the US and around the world. The index is trading at $92.85, which was the highest level since August 28.

The US has published relatively mixed economic numbers recently. Early this month, the Bureau of Labor Statistics (BLS) delivered mixed employment numbers. While the economy created more than 235k jobs, its unemployment rate declined to 5.2% while wages rose by 4.3%.

On Tuesday this week, the US published the relatively weak inflation numbers. The data showed that the country’s consumer prices retreated from 5.4% to 5.3% while core CPI fell from 4.3% to 4.2%. This slowdown happened as the travel sector weakened leading to lower fares.

On Thursday, the country released strong retail sales even as prices remained elevated and shortages spread. The numbers published by the statistics agency showed that the country’s headline sales rose by 0.7% on a month-on-month basis while core sales rose by 1.8%.

These three numbers are important for the US dollar index. For one, the Federal Reserve’s mandate is to ensure that the country has a lower unemployment rate and that consumer prices held steady. At the same time, retail sales are important measures of the state of the economy since consumer spending is the biggest part of the GDP. Also, retailers are some of the biggest employers in the country.

The US dollar index held steady since investors believe that the Federal Reserve will maintain a relatively hawkish stance when it meets next week. With inflation elevated and the unemployment rate falling, the bank will likely hint about tapering. Besides, the impact of the Delta variant has not been all that negative to the economy since most states have remained open.

The Fed will begin its monthly meeting on Tuesday and deliver its decision on Wednesday. This will be a closely watched meeting because the bank did not meet in August. Still, going by the recent statements by Jerome Powell, there is a likelihood that the bank will sound hawkish. In this, it will likely start tapering its massive asset purchases or hint about this tapering.

Meanwhile, the US dollar index reacted to strong economic data from the UK. The data revealed that the country’s unemployment rate declined in July while the inflation rose to 3.2% in August. These are important numbers since the GBP is one of the biggest constituents of the DXY index.

The daily chart shows that the DXY index held steady this week. It is trading at $92.83, which is slightly above this week’s low of $91.91. The price is along the 25-day and 50-day moving averages. It has also formed what looks like an ascending triangle pattern. In price action analysis, this pattern is usually a sign of a bullish continuation. The MACD is at the neutral level. Therefore, the index will likely maintain a bullish trend as bulls target the next key resistance level at $95, which is about 2.45% above the current level.