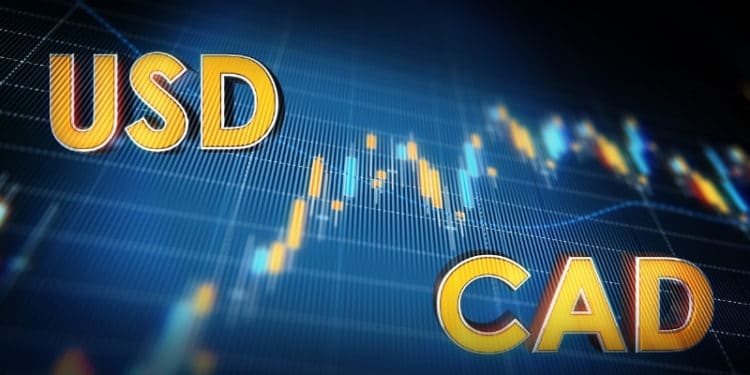 The USD/CAD has been on a strong downward trend mostly because of the higher crude oil prices. This week, the price of Brent has risen to more than $57 while that of the West Texas Intermediate (WTI) has risen to above $53. These are the highest they have been since March last year before the WHO named coronavirus a global pandemic.

The Canadian dollar is an important oil currency because of the amount of crude oil that Canada exports. The country is the fourth-biggest oil producer in the world after the United States, Saudi Arabia, and Russia. Therefore, the currency does well when oil prices are higher because it leads to higher demand.

Oil prices have done well this year because of the falling inventories in the United States. In the past few weeks, data by the American Petroleum Institute (API) and the Energy Information Administration (EIA) have shown significant drawdown.

Also, they have risen because of the voluntary supply cuts by Saudi Arabia. The country will start slashing 1 million barrels in February and March as it tries to prop-up prices. Further, investors have been optimistic about the recovery of the world economy because of the coronavirus vaccine. All these factors have been bearish for the USD/CAD pair.

Bank of Canada rate decision next

The next major event to watch will be the Bank of Canada (BOC) interest rate decision that will come out on Wednesday next week. In response to the pandemic, the bank has lowered rates to 0.25% and launched a $5 billion per week quantitative easing program. These measures, together with the stimulus offered by the government, have helped to cushion the economy.

Still, the country is facing substantial challenges. For one, the number of coronavirus cases has continued to soar. And economic numbers have been less impressive. The latest employment numbers showed that the country lost more than 62,000 jobs in December because of the virus. This decrease was mostly due to job losses in the services sector.

Meanwhile, the USD/CAD will also react to change in policies in the US. This week, several Fed members signaled that the bank could start hiking rates or tapering asset purchases earlier than expected. In fact, the recent consumer price index data showed that the CPI was approaching the target of 2.0%. Therefore, a hawkish Fed could lead to a reversal.

The USD/CAD pair has been on a sharp downward trend. On the daily chart, it has moved below the 25-day and 50-day exponential moving averages and the descending blue trendline. The pair is also slightly below the important resistance level at 1.2990.

It has also formed a bullish divergence pattern, as evidenced by the Relative Strength Index. Also, it seems to have formed a double-bottom pattern. Therefore, the pair will likely see a rebound in the near term.