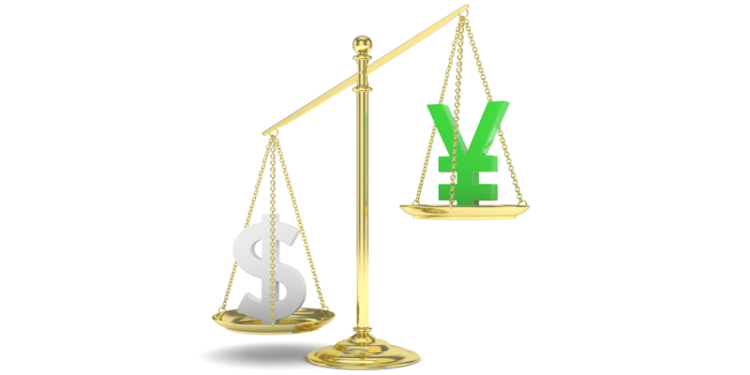 The USD/JPY price surged in March, helped by the relatively strong dollar and US bond yields. It has also formed a bullish flag, pointing to a sharper rebound in April.

US and Japan bond spread widens

The story was different in Japan, where the Bank of Japan (BoJ) is implementing a yield curve control. This is a situation where it has set the target of the yield of the three-year government bonds. It then acquires as many bonds as possible to ensure that the yield remains stable.

The US and Japan 10-year spread

US and Japan inflation divergence

Meanwhile, the USD/JPY also soared because of the overall difference between the US and Japanese inflation. In February, the headline consumer price index (CPI) rose to 1.7%, helped by the relatively high crude oil prices and the fast pace of vaccinations. The trend will likely continue, with some analysts predicting that the prices will keep rising because of the recent stimulus package.

The Fed expects the prices to rise to more than 2% in the near term. In a Bloomberg interview, Larry Summers, the former Treasury Secretary, expects that the overall consumer inflation will rise to 4% later this year. He also expects that the US will go through a stagflation phase, where the unemployment rate remains high, and inflation remains relatively high. He cited the recent $1.9 trillion stimulus and the upcoming $3 trillion government spending package.

Japan, on the other hand, continues to experience a period of the low inflation rate. According to the Japanese statistics agency, the overall consumer prices fell by 0.4% in February, while core CPI fell by 0.3%. These numbers are substantially below the Bank of Japan (BOJ) target of 2%. This is despite the fact that the BOJ has left interest rates at a record low and launched the biggest quantitative easing on record. This has seen its balance sheet expand to more than $7 trillion.

In April, the USD/JPY will react to announcements by the Federal Reserve and the Bank of Japan. The two banks will deliver their interest rate decisions on April 27 and April 28, respectively.

A look at the four-hour chart below shows that the USD/JPY pair bounced back in the final month of March. A closer look shows that the pair has formed a bullish flag pattern that is usually a bullish sign. The uptrend is also supported by the moving averages and the Donchian channel. Therefore, this trend will likely continue rising, with the next key target being at 110.67, which is the 23.6% Fibonacci extension level. However, a drop below 108.45 will invalidate this trend.