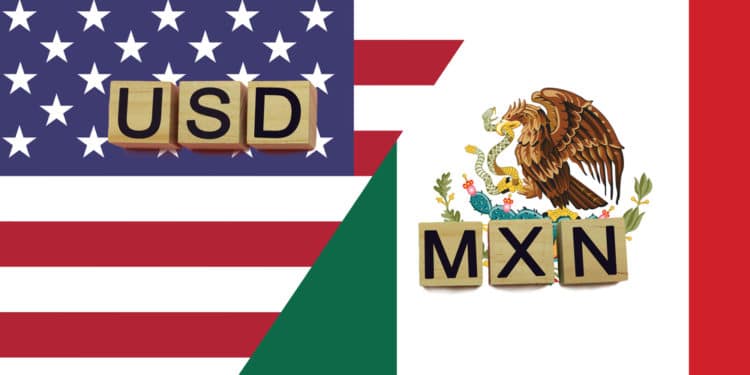 The USD/MXN weakness was mostly because of the relatively weaker US dollar due to the risk-on sentiment in the market. The dollar declined against most currencies in 2020, which led to the dollar index falling by more than 6% in 2020.

The dollar weakness could continue in 2021 because of the policies of the Fed and the new Joe Biden administration. While several Fed officials have started talking about raising interest rates and tweaking asset purchases, Jerome Powell has insisted that this is not the time to sound hawkish.

He is supported by weak economic data from the United States, like the nonfarm payrolls and retail sales.

The USD/MXN will also drop because of the large fiscal stimulus that will be passed in the Joe Biden administration. He has already unveiled a plan to provide support worth more than $1.9 trillion to support the economy. And this is just the beginning. In his campaign, he pledged to unleash more fiscal stimulus to fund infrastructure and other climate-change-related priorities.

Large government spending tends to lead to a less strong US dollar. That’s because it usually leads to an oversupply of the currency, resulting in debasement. However, it could also lead to a faster recovery, which would push the Fed to tighten faster.

The Mexican peso will benefit from US stimulus because of the close relationship the two countries have. For one, the US imports goods worth more than $358 billion from Mexico. Therefore, with the stimulus, it means that more money will flow to Mexico since the US is a net importer. Other countries that will benefit are China, Canada, and the European Union.

The USD/MXN has also dropped sharply due to the high crude oil prices. In the past few months, the price of crude oil has risen from below zero to more than $50. This is important for Mexico because of the vast amount of oil that the country produces.

The price of oil has risen because of several reasons. First, investors believe that demand will rise when global and local travel resumes due to the coronavirus vaccine. Second, the amount of oil reserves or inventories in the United States has been on a downward trend. Finally, the recent decision by Saudi Arabia to slash production will help to support the price.

However, there are risks, including that the higher prices will lead to more production from the United States. Also, there’s a risk that the new wave of the virus will tamper demand, as the Energy Information Agency (EIA) predicted in its outlook this week.

The daily chart below shows that the USD/MXN has been in a strong downward trend. As a result, it has managed to move below the important support at 20.84. It has also dropped below the 25-day and 50-day moving averages, while the RSI has remained slightly above 30. Also, the chart shows that the price has found some strong support at the 19.60 level. Therefore, in the near term, a break below this support will lead to further declines below 19.00.

Why the Yuan is on a Steady Balancing Act