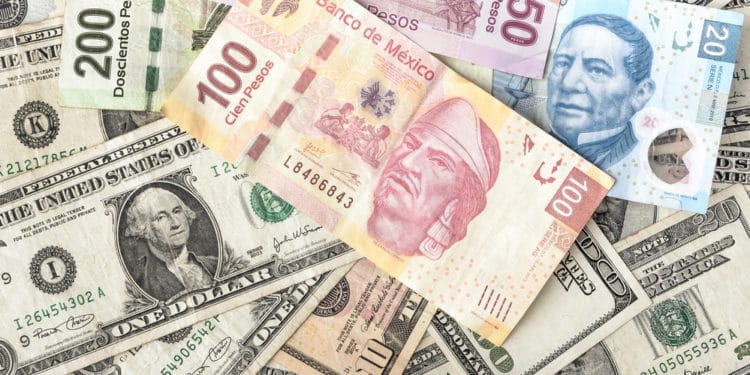 The USD/MXN rose for the seventh consecutive day as investors continued to focus on the rising US treasury yields. The pair rose to a high of 20.72, which is 5.90% above the lowest point this year.

A common theme in the financial market recently has been on the rising US Treasury yields. In the past few weeks, the short, medium, and long-term yields have been on an uptrend as investors bet on the rising inflation.

This month, data by the Bureau of Labour Statistics revealed that the overall consumer price index (CPI) rose by 1.4%. That was a significant increase from last year’s low of less than 1%.

This trend is expected to continue as the price of crude oil continues to rise. The price of Brent has risen to above $65 while that of Western Texas Intermediate (WTI) has risen to more than $60.

Meanwhile, the US government is expected to pass another $1.9 trillion early next month. This package will be in addition to the previously-passed $900 billion. As a result, the total stimulus offered will be almost $6 trillion, and this does not include the monetary stimulus by the Fed.

A new stimulus plus further infrastructure spending will likely push the rate of inflation above 2% faster than expected. As a result, the Federal Reserve may be forced to intervene to limit runaway inflation earlier than expected. It will do this by hiking interest rates and tapering its asset purchases.

The USD/MXN is not the only pair rising. Other emerging market currencies like the South Africa rand and the Turkish lira have also been falling. The chart below shows the recent performance of the iShares Emerging Market Currencies ETF.

Good time for the Mexican economy

High oil prices are usually positive for the Mexican peso because the country usually exports more than a million barrels every day.

Meanwhile, the upcoming stimulus in the United States is good for the Mexican economy because of the close relationship between the two countries. The US exports goods worth more than $358 billion from the country. Some of the biggest imports are vehicles, machinery, and plastics. Therefore, a stimulus will lead to more demand for Mexican goods and the peso.

Recently, data from Mexico have been relatively strong. The consumer price index (CPI) rose by 3.54% in January from the previous 3.15%. Further data showed that the unemployment rate declined in January while the industrial production made some improvement.

The four-hour chart shows that the USD/MXN price has been rising recently. It has moved above the important resistance at 20.60 and the 25-day and 15-day weighted moving averages. The price was also forming a cup and handle pattern that is shown in red. The pair also seems to be forming a bullish pennant pattern. Therefore, in my view, the bullish trend will continue as bulls start targeting the important resistance at 21.00.