USD/NOK Could Drop by 0.55% as the Dollar Sell-Off Intensifies 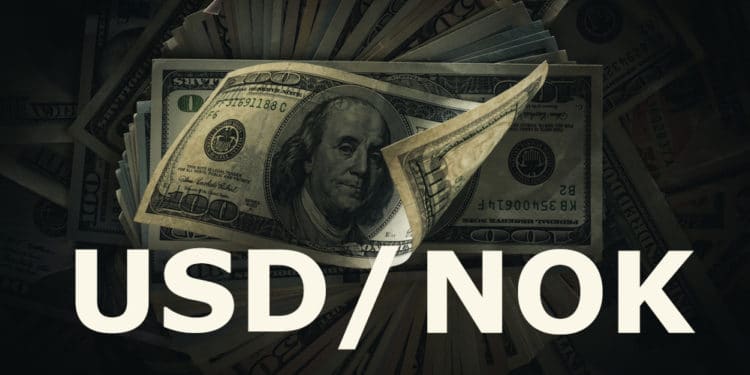 The USD/NOK price dropped to the lowest level since April 2018 as the US dollar intensified. The rebounding crude oil price also helped. It is trading at 8.2518, which is 32% below the highest level in March last year.

The US dollar has sold off, in part, because of the performance of the US Treasury market. Early this month, Treasury bond yields soared to the highest level in more than 17 months. The 10-year bond yield rose to 1.76%.

The bond yields started to retreat last week after the US released the latest inflation numbers. While the headline consumer price index rose by 2.6% in March, the reason was mostly because of crude oil prices. Indeed, the core CPI that excludes the volatile food and energy products rose by 1.6% in March. This is slightly below the Fed’s target.

Similarly, while other data like retail sales have been strong, analysts believe that the performance is temporary. The situation will start to moderate as the impacts of the recent $1.9 trillion stimulus package starts to fade.

The USD/NOK has also dropped sharply because of the strong recovery of the Norwegian economy. The country’s recovery has been partially helped by the giant $1.3 trillion sovereign wealth fund that the government tapped into during the pandemic. This helped the country provide help to businesses and workers without compromising the total fiscal situation.

As a result, the Norges Bank has become the first major central bank to shift its sentiment to a hawkish one. The bank expects to start raising interest rates later this year. Therefore, the overall divergence between the hawkish Norges Bank and the dovish Federal Reserve has led to a higher demand for the Norwegian krone. The two central banks will meet in May.

The USD/NOK has also fallen because of the performance of oil prices. The price of Brent has surged to $67.50 while West Texas Intermediate (WTI) has risen to $64. Their price action implies that they will soon retest their year-to-date highs as investors watch the ongoing tensions between Iran and the United States.

The Norwegian krone does well when oil prices are rising because of the vast amount of oil it produces. It is the biggest oil exporter in Western Europe. Also, it is one of the least consumers since a substantial number of people drive electric vehicles.

The four-hour chart shows that the USD/NOK pair crossed two major levels on Monday. It fell below 8.3777 and 8.3152, which were the lowest levels on March 11 and February 25, respectively. The pair also continued to remain below the 25-day and 15-day exponential moving averages (EMA). The MACD, on the other hand, has also continued to drop. It has also moved below the first support of the standard pivot points. Therefore, the pair may keep falling as bears target the second support at 8.2100, which is 0.55% below the current price. On the flip side, a move above 8.2900 will invalidate the bearish thesis.

An Introduction to Volume Indicators in Forex