USD/ZAR: How High Can the South African Rand Go? 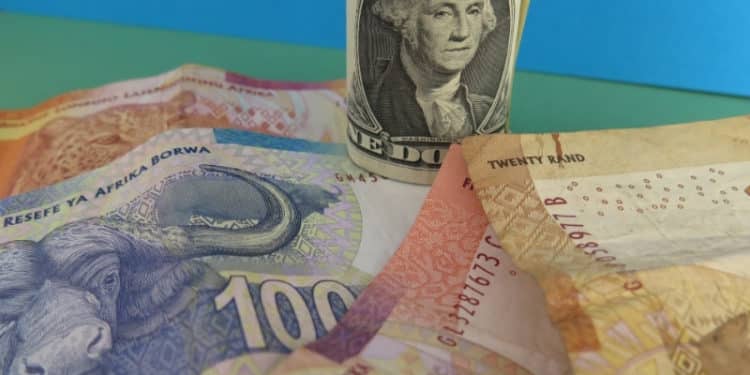 The USD/ZAR is hovering near its lowest level since January 2020 as the risk-on sentiment continues to reverberate across the market. The pair has dropped by more than 25% from its April high of 19.500.

The South African rand has strengthened substantially this year partly because of the overall market risk-on sentiment. This refers to a situation where investors embrace risky currencies at the expense of the relatively safe ones like the US dollar and the euro. Indeed, the US dollar, which is the world’s reserve currency, has dropped by more than 12% since March.

This sentiment has happened because of several things. First, investors have been optimistic about the global economy because of the large sums of money invested in developing the COVID vaccine. In total, countries like the United States have invested billions of dollars through the Operation Warp Speed program.

Other countries like Germany and the United Kingdom have also invested substantially in a vaccine. These investments have borne fruit in the form of the recent approvals of vaccines by Pfizer, Moderna, and AstraZeneca.

Second, the sentiment has also spread because of the optimism about Brexit, large debt-fuelled investments around the world, and the latest victory by Joe Biden in the United States.

The USD/ZAR has also strengthened because of the relatively positive economic data from South Africa. For example, the manufacturing PMI has remained above the expansionary level of 50 for the past few months.

Similarly, the mining sector has also seen significant gains, albeit from a small base. In November, the headline and core consumer price index data rose by 3.2% and 3.3%, respectively. The producer price index (PPI) also rose by 3.05.

In total, the economy bounced back by 66% in the third quarter after dropping by 51.7% in the second quarter. This performance was mostly due to the large stimulus package offered by the government and robust consumer spending.

The USD/ZAR is also reacting to the decision by President Donald Trump to sign the $900 billion stimulus package that was passed unanimously last week. The deal will provide $600 in direct payments to adults and another $600 for each dependent. It will also provide $300-a-week in the boosted jobless insurance claims.

Further, the package has $25 billion in rental assistance, $82 billion to schools, $45 billion to the transportation sector, and $26 billion to nutrition and agriculture.

The President signed the bill in his bid to prevent another government shutdown. He also pressed Congress to pass another package that will provide individuals with $2,000 to boost the economy.

There will be no major catalysts that will move the USD/ZAR pair in the next few days. That’s because most investors are on their Christmas break. Also, there is no major scheduled economic data from the United States and South Africa.

The daily chart shows that the USD/ZAR has been in a steep downward trend in the past few months. It remains below the 50-day and 100-day exponential moving averages (EMAs). It has also moved below the 78.6% Fibonacci retracement, in a sign that bears remain in tight control. Oscillators like the Relative Strength Index (RSI) and Stochastic Oscillator have moved to the oversold level.

Therefore, the pair will possibly continue falling in the near term as bears target the next support at 14.00. However, there is also a possibility that the price will bounce back now that it is getting oversold.