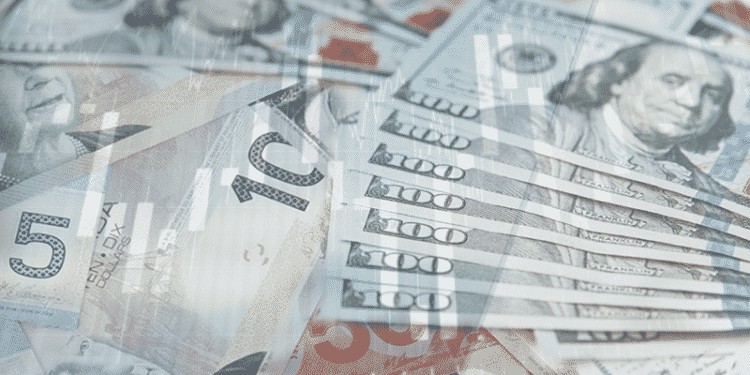 The USDCAD pair retreated on Monday as investors reflected on the new Omicron variant and the trends in crude oil prices. The pair was trading at 1.2743 on Monday morning. This was slightly lower than last week’s high of 1.2800.

Canada is the fourth-biggest oil producer in the world. It sells most of the crude oil that it produces to the United States and other countries. As a result, since it is a net exporter, Canada tends to benefit robustly when the prices of crude oil rise.

Last Friday, the Canadian dollar crashed hard as the price of crude oil fell by more than 10%. Brent, the global benchmark, dropped to about $72 per barrel while West Texas Intermediate (WTI) declined to below $70.

This decline happened because of the Omicron, a new variant that started in South Africa. According to the World Health Organization (WHO), Omicron was a “variant of concern” because of the fact that it could avoid the current vaccines. It is also spreading faster than Delta.

Therefore, oil prices crashed as investors priced in more lockdowns and travel restrictions. During the weekend, more countries announced that they were barring travelers from South Africa, a move that was criticized by the WHO.

Analysts believe that by announcing these restrictions, other countries will be scared about announcing new variants in the future.

Jerome Powell and Janet Yellen will also testify in Congress about the CARES act. This testimony will likely have an impact on the US dollar and the Canadian dollar. Bank of Canada’s Tiff Macklem will also speak on Monday.

Further, on Tuesday, Canada’s statistics agency will deliver the latest GDP numbers. Economists polled by Reuters expect that the country’s economy rose by 0.1% in September after rising by 0.4% in the previous month. They see the economy rising by 3.4% in the third quarter.

The next key data that will move the USDCAD will be the US and Canada jobs numbers that will come out on Friday. Economists expect that the labor market in the two countries did well in November. In the US, they expect the data to show that the unemployment rate fell to 4.5% as the economy added 550k jobs.

The USDCAD pair has been in a strong bullish trend in the past few weeks. The pair has formed an ascending channel that is shown in red. It has also moved above the 25-day and 50-day moving averages, while the Relative Strength Index (RSI) has been in an upward trend. Therefore, the pair will likely retreat as bears target the lower side of the channel at around 1.2700.

GBPUSD Weekly Outlook Ahead of the UK Brexit Negotiations