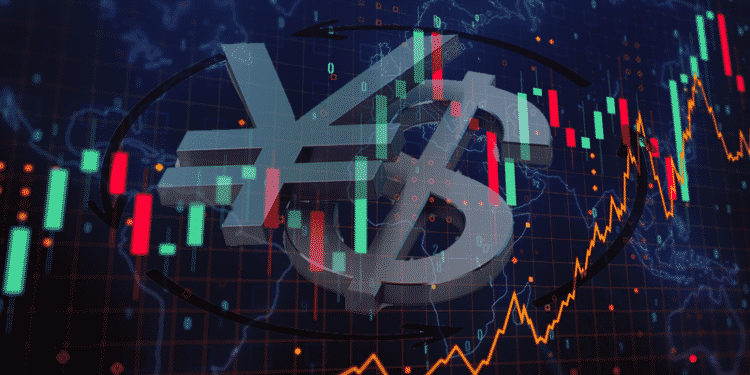 The Japanese yen crashed to the lowest level in four years against the US dollar. The USDJPY pair rose to 116.31 while the EURJPY and GBPJPY pairs rose to 131.23 and 157, respectively.

It was unclear why the USDJPY pair surged to the highest level since January 2020. Analysts believe that the rally could be due to the potential divergence between the Bank of Japan (BOJ) and the Federal Reserve.

The Fed has already started its tightening process. In its December meeting, Jerome Powell said that the bank no longer viewed the current inflation state as being transitory. As a result, the bank decided to boost its asset tapering to $30 billion. It will conclude the asset purchases in March this year.

The Fed has already provided hints that it will start hiking interest rates this year. Economists are anticipating three rate hikes that will push interest rates to about 0.75% by December. It could even do more if inflation continues rising.

The Bank of Japan, on the other hand, is in a fix. The country’s economy is expected to rise by 3.3% this year, while inflation remains stubbornly below its target of 2.0%.

There are two main reasons why the country’s inflation is low, even as the unemployment rate has stayed below 3%. First, Japanese people are known for being price-sensitive. For this reason, many businesses find it hard to hike prices because they could lose customers if they do that.

Second, Japan has a demographic problem that makes consumer spending low. It has an aging population that does not spend than most young people in other countries. Therefore, the BOJ under Hurohiko Kuroda will find it a bit difficult to hike rates when inflation is this low.

US and Japan economic data

The USDJPY rose after the latest manufacturing numbers from the two countries. On Tuesday, data by Markit and au Jibon Bank showed that Japan’s manufacturing PMI declined to 54.3 in December. The drop was better than the median estimate of 54.2. A PMI reading of 50 and above is a sign that the sector is doing well.

The report showed that there was still strong demand for goods produced by Japan’s manufacturers. Nonetheless, most of them talked about the rising cost of doing business and the uncertainty of the Covid-19 pandemic.

A similar report from the US published on Monday revealed that the manufacturing PMI fell to 57.7 in December. Most manufacturers expressed the same concerns, but others noted that the situation was improving.

The next key catalyst for the USDJPY price will be the American jobs numbers and Japan’s household spending data. On Wednesday, ADP will publish its estimate for the US payrolls. It will be followed by the initial jobless claims numbers on Thursday and the official US jobs numbers.

The daily chart reveals that the USDJPY pair has been in a strong bullish trend in the past few months. It has risen by over 15% from its lowest level in 2020. As a result, the pair moved above the 25-day and 50-day Moving Averages.