USDTRY Forecast as the Turkish Lira Roars Back 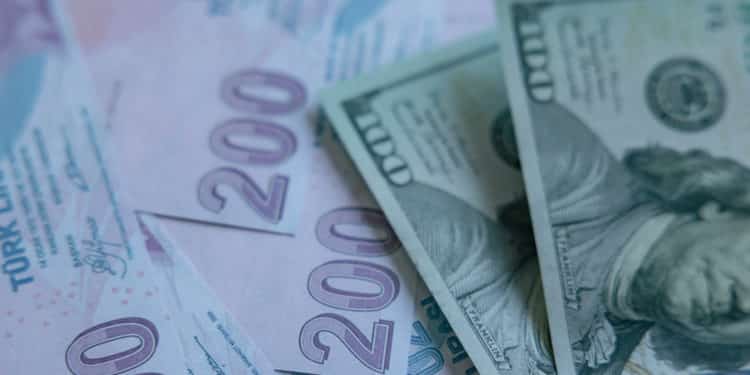 The Turkish lira has bounced sharply this week after falling to a record low. The USDTRY declined to a low of 11.13, which was the lowest level since November 23rd. This price was about 40% below its highest level this year.

The USDTRY, GBPTRY, and EURTRY pairs crashed hard on Tuesday after the Erdogan administration unveiled new measures to support the currency. In a statement, the government lured savers opting for the currency instead of the US dollar and gold. It will then compensate them for exchange-rate losses.

Still, many analysts believe that the new intervention by the government amounts to an effective rate hike. In a statement to the Financial Times, Refet Gurkaynak warned that the scheme could set a dangerous precedent in the future. Another analyst said that the Turkish taxpayers will be effectively financing the wealthy indirectly.

The scheme will only apply to individuals and not businesses. Also, these people will need to commit to having their accounts in lira for at least three months.

The USDTRY pair has rallied sharply in the past few years because of the policies by the Central Bank. This year alone, the bank has implemented three giant rate cuts that have brought rates from 20% to about 14%. The rate cuts have happened because of the rising pressure by the country’s president who hates high interest rates.

In making the rate cuts, the central bank has insisted that the reason why the country is facing higher inflation is because of the ongoing supply chain challenges.

The bank has also cited the trends in other emerging market countries that have hiked rates in a bid to curb inflation. For example, in Mexico, while the central bank has raised rates five times this year, inflation has risen from less than 5% in July to more than 8%.

Similarly, while the Russian central bank has hiked interest rates aggressively, inflation has jumped to a multi-year high of 8.4%. The same is true in other emerging market countries like South Africa and Brazil.

While the USDTRY pair has declined recently, there are concerns that this trend is temporary. Besides, the bank has already committed not to hike interest rates directly in the coming months. In fact, because of the upcoming election, it could slash rates several times.

Another concern is that the Federal Reserve has embraced a hawkish tone in the past meetings. Last week, it committed to hiking rates about three times and end quantitative easing.

Therefore, there is a possibility that the Turkish government will struggle to pay its dollar debts that mature in 2022.

The daily chart shows that the USDTRY pair has been in a strong bullish trend in the past few months. This trend is mostly because of the dovish attitude of the CBRT. This trend reversed sharply this week as the government unveiled new measures to incentivize holding of the lira. The pair is between the 25-day and 50-day moving averages while the Average True Range (ATR) has jumped. Therefore, I believe that this decline is temporary and that the pair will resume the bullish trend in the coming days.