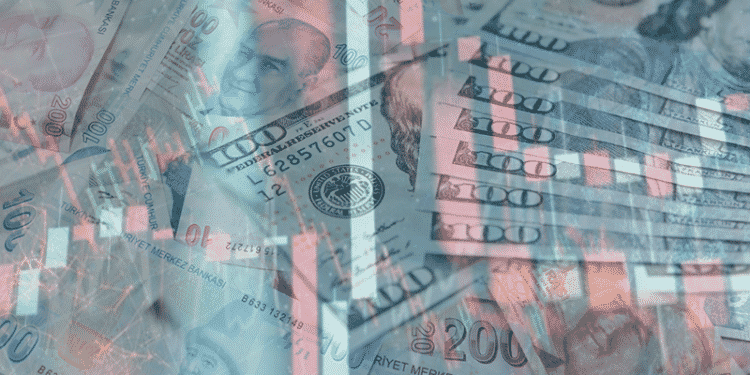 The Turkish lira crash is accelerating. The USDTRY price jumped to a record high of 13.75, bringing the year-to-date gains to more than 80%. This makes the Turkish lira the worst-performing currency in the emerging markets.

The Turkish lira has lost its value in the past few decades. Indeed, its value has crashed by almost 900% from the lowest level in 2007. This means that retirees who had invested in Turkish assets have seen their value crash by this amount.

The surge of the USDTRY, EURTRY, and GBPTRY is mostly because of the country’s president and the lack of an independent central bank. In the past few years, the president has managed to change the constitution and make it easy for him to hire and fire central bank officials.

The lack of an independent Central Bank of the Republic of Turkey (CBRT) has had negative impacts on the currency. This is simply because central bank officials who don’t do what the president wants are quickly replaced.

For example, in November last year, the president fired a relatively popular central bank governor who had managed to stabilize the currency. His replacement did not last long as he was quickly replaced in March this year.

The new governor has helped to slash interest rates three times this year. He has moved the main rate from about 20% to the current 16%, which has led to the sharp increase of the USDTRY pair.

The USDTRY rally continued this week after the country’s finance minister resigned in protest. Lutfi Elvan asked the president to relieve him of his duties after his efforts to stabilize the currency failed. He was replaced by Erdogan’s loyalist Nureddin Nebati.

The pair also rallied after Erdogan defended his moves in a speech. He argued that low-interest rates and the weaker currency will make it easier for the country to produce its own goods ahead of the 2023 election.

The next key mover for the USDTRY pair will be the latest Turkish inflation numbers that will come out on Friday. Analysts will watch this number closely as they reflect on the impacts of the weaker currency.

The idea behind this is relatively simple. As the Turkish lira crashes, the cost of basic items like petrol and gas will rise.

Indeed, Turkey has one of the biggest inflation numbers in the world. In the past few months, the country’s headline inflation has risen to more than 20%. The producer price index (PPI), which is also an important inflation gauge has risen to almost 50%. This bullish trend will likely continue in the coming months as the lira weakens.

Worse, the situation is happening at a time when the Federal Reserve is considering moving more aggressively. In testimony this week, the Federal Reserve Chair and Janet Yellen said that they will drop the term transitory when describing the current pace of inflation.

The Fed chair also warned that the bank will taper at a faster rate. Therefore, the hawkish Fed and dovish CBRT can be described as a double-punch for the Turkish lira.

The weekly chart shows that the USDTRY pair has been in a strong bullish trend in the past few months. The lira has surged to an all-time high and managed to move above the 25-day and 50-day moving average, while MACD indicated the overbought level. Therefore, the pair will likely keep rising in the coming days.